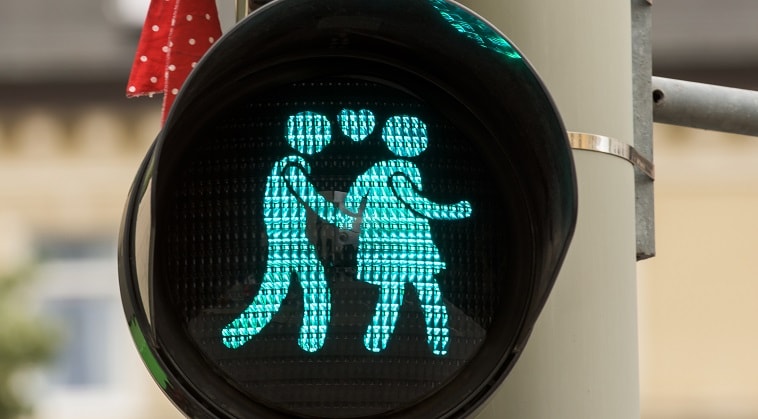 It is true that the world is not stagnant and every second there is something new and creative to share with the whole world. After the people of Taiwan were tired to looking at the same male figure running and stopping on green and red signal lights simultaneously, the traffic management has thought to gift the traffic men with a girlfriend.

The men and his girlfriend will walk hand in hand when the traffic light is green and as soon as the signal stops at red, the men will kneel down and propose his girlfriend and a heart will pop up between them. This idea is just to infuse some excitement on the traffic signals.

People get bored by looking at the same things again and again and hence these tricks work well and a new enthusiasm will pop amidst the car drivers as well. The Pingtung county police said that they will adopt this technique very soon. Although there are no plans to lighten up the streets with these animations as of now. It has been estimated that an average person spends two weeks in the whole year over a traffic signal so this move is going to make them happy is some way.