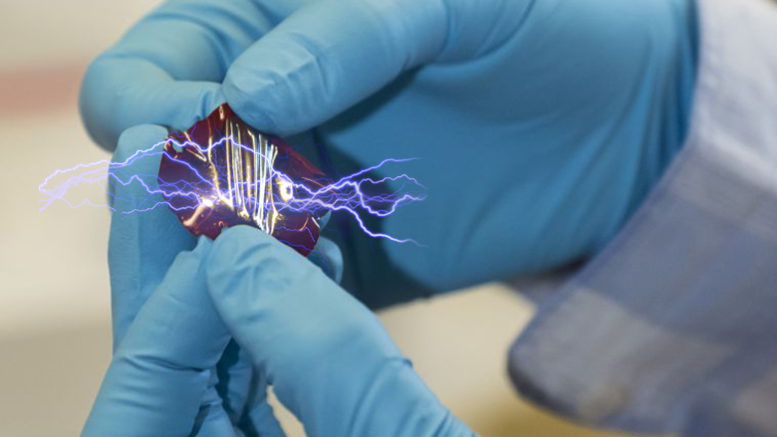 Have you ever played with rubber band by stretching it out and making shapes with it, pointing it at your friend and launching it and many more fun activities with a simple rubber material? We all love doing that right. Well, here is news that would take you by surprise.

Scientists have found a new way to generate electricity by stretching out rubber materials, to an extent. This was developed at the Swiss Federal Laboratories based on material science. The concept behind this idea is the internal polarization which modifies based on the mechanical movements, generating electricity. Electric charges are developed when the material is stressed extensively using mechanical devices.

This has been developed earlier in the piezoelectric crystal with the vibrations generating electric vibrations, generating sound waves. But, this was limited only up to limited range of applications, considering the crystal with its rock and solid type of material. Anyway, science researchers have developed such piezoelectric properties in elastic materials and developed these on the rubber materials. It is a well known fact that rubber is basically made up of elastomer-silicone particles in the prototype and polar nanoparticles.

A thin film is developed for this purpose making it much easier for the working process. Higher range of applications could be developed based on this development. This is much flexible with its usage that it could be used to generate electricity from human body too. For instance, it could be kept near the heart and electricity could be made using the heart beat. This was developed with a basic purpose of eliminating the need of changing batteries. In short, it is determined to be a substitute for replaceable batteries. Pressure sensors could be constructed with this new technical development.

Sounds peculiar and cool right? Stretch it out for more electricity.