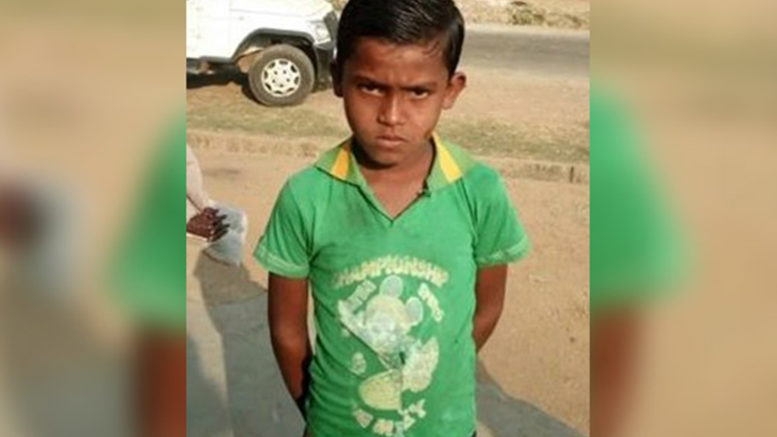 It came as a great achievement and almost a miracle that how this 8 year boy could understand and make people understand that even the most educated ones could not do. Tushar hails from a small village Kumhari in Madhya Pradesh. He is a boy who has lost his ability to speak and took up this responsibility to make his village free from open defecation.

The Prime Minister Mr. Narendra Modi gave kudos to the boy over how he took up the Swachh Bharat abhiyan and worked religiously towards his goal. Tushar used to wake up early in the morning and visited houses with hands folded, requesting them not to defecate in open. He could cover 30-40 households every day.

Also he used to catch the defaulters and whistle if he saw anyone defecate in open. It is due to his efforts that the village is today open defecation free and the villagers have understood the concept of bathroom and toilets. Prime Minister hailed this boy for the courage and resilience he showcased to achieve his resolution to make his village open defecation free.

There were a few times when Tushar was accompanied by the Swachh Preraks in the village and these people also started educating people about the clean India mission. 86 % of the rural areas come under Kumhari Village where most of the people were unaware about using toilets. Gradually Tushar along with his Swachh team started taking people into confidence and the number of toilets in the area started increasing.

The district administration joined Tushar too in his regimen and took forward the Swachh Bharat Mission and the village was announced open-defecation free on January 26, 2017.