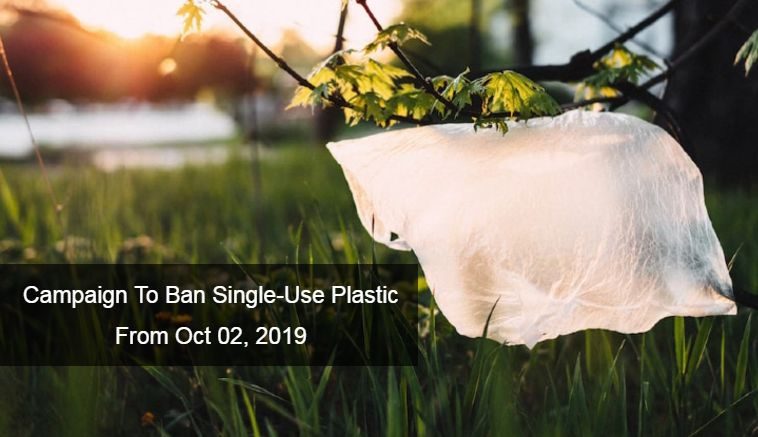 There has been a lot of debate about climate change and its effect on the environment. Pollution is the major cause of the climate change.  And the major source of pollution is plastic, specifically speaking single-use plastic. Everywhere you see, from oceans to beaches, to parks, forests and commercial areas, you see plastic. This manmade material offers versatile uses, so much so that one cannot imagine a world without plastic. It is not just used for packaging, but also for the manufacture of many different kinds of products.

There have been rumours flying that the Indian government plans to ban single-use plastic starting from October 02, 2019, on the 150th birth anniversary of the Father of our Nation, Mahatma Gandhi. While the occasion is certainly memorable, it remains to be seen if the policy stays in the minds of the people and policy implementers a few months down the line.

So, what is single use plastic? The United Nations Environmental Program (UNEP) lists food packaging, bottles, straws, spoons, grocery bags, containers and cups as single use plastics. These items are just used once and then disposed. Also, as these products are used in huge numbers, the amount of thrash generated by the single-use plastic is humongous.

How can you reduce the use of single-use plastics?

One small step by each person can go a long way in making the world plastic-free. Let’s start working towards it today!

Be the first to comment on "Campaign to Ban Single-Use Plastic from Oct 02, 2019"