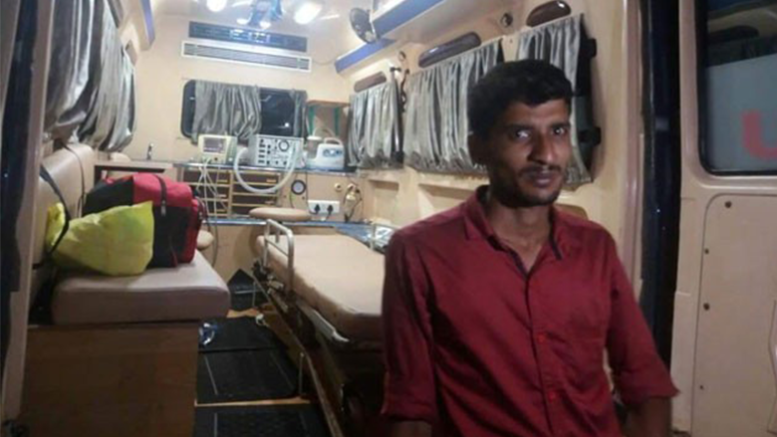 Who drives fast but without breaking any traffic rules? These are the Good Samaritans, these are our ambulance drivers.

On the night of Wednesday, the state of Kerala witnessed an impossible feat. A feat that turned itself into a story which can warm the hearts of the coldest people on earth. That night was meant to save the life of a month old infant whose life was completely dependent on how fast the ambulance can make her reach the hospital in Thiruvananthapuram.

Even with the slightest traffic on roads, as per google maps, the distance between Kannur and Thiruvananthapuram is covered in no less than 13 hours. With the normal congestion on roads in Kerala, the distance gets effectively covered in 14 hours.

So, it is no less than a miracle that the infant was reached to the hospital within 7 hours. The infant was in critical condition as she had severe breathlessness since past week and she was required to get shifted to the hospital in the State’s capital city. The plan was to get her airlifted but the nearest airport was 3 hours away and arranging an ambulance would require 5 hours so it was decided that Fatima would be transported by road.

Kerala Police, Child Protection Team Kerala came forward to escort and support Thamim, the ambulance driver. Police made a marvellous attempt to provide him with a safe passage throughout so that he does not have to wait for any traffic.

The ambulance was accompanied by two SUV’s of police at a time. The police vehicles get changes at each station to ensure a smooth Thamim did not have to slow down.

At 3:23 AM Thursday, Fatima entered the hospital where the doctors and the medical staff rushed the toddler inside the hospital. The child is still in a critical state but it was the courage and determination of Thamim that could bring her to the hospital safe and sound.