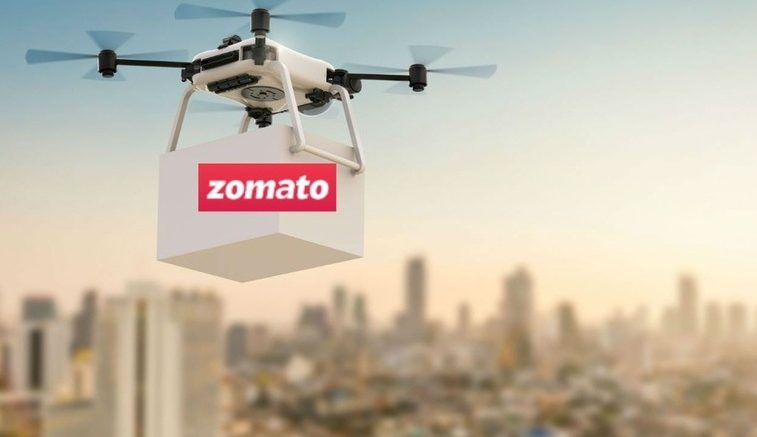 Maybe sometime in the future, you could expect to collect the dinner you ordered on Zomato from a drone! This food-delivery giant has recently tested drone delivery technology. The site of test has not been revealed.

When Zomato spoke to the IANS, it told that “The drone was tested last week at one of the remote sites approved by the DGCA. Such tests are done at very remote sites which are especially designed to conduct such tests.”

While talking about the necessity of using drones for delivery, Zomato spokesperson said, “The only possible way to reduce the average 30 minutes to 15 minutes is to take the aerial route. Roads are not efficient for very fast deliveries.”

Deepinder Goyal, Founder and CEO, Zomato while talking to the press said, “We have been working towards building sustainable and safe delivery technology and with our first successful test, food delivery by drones is no longer just a pipe dream.”

If this dream becomes a reality, we hope the number of bikes zipping across crowded roads round the clock could be greatly reduced. While the use of technology could mean a great reduction of jobs, especially for those in the delivery, it will be a great benefit to the environment. Lesser number of vehicles on the road will not only reduce traffic, but also decrease air pollution. Secondly, you can expect very quick delivery and have a clear ETA as drones will not have to deal with traffic and other obstacles. Will this technology be successful in real time? We need to wait and see.