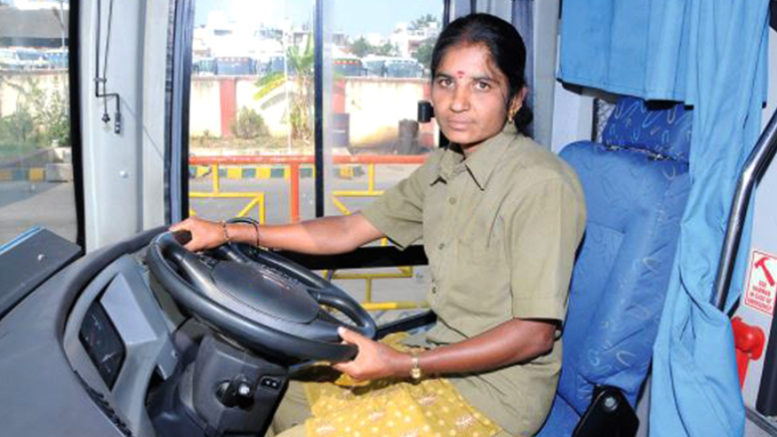 The Karnataka transport minister held a meeting with Karnataka State Road Transport Corporation (KSRTC) and Bangalore Metropolitan Transport Corporation (BMTC), and asked the authorities to come up with a new policy to incentivize the women candidates who are willing to drive the Heavy Transport Vehicles. The candidates will be trained by the state government and will be provided handsome stipend.  If the policy is applied then Karnataka will become the first state in India to provide 50% jobs to women in transport utilities.

The minister spoke to the press positively and assured that they are in the process of application of the policy and the day is not far when they will start calling the candidates for interviews. For the policy and its complete implementation the state will partner with Karnataka Vocational Training and Skill Development Corporation limited (KVTSDC) to train the women candidates well.

For the policy, a fund of 57 crore under the Nirbhaya fund will be utilised to pay the stipends to the women candidates. The idea will help a lot in empowering women and the state assumes that the move will definitely reduce the roughness on roads.

The places where the training programme will be conducted are Hassan, Bagalkot, Malavalli, Humnabad, Chikkamagaluru, and Hagaribommanahalli. Well, this is not the first time that the Karnataka government has given opportunity to women in KSRTC and BMTC. Last time when they tried to implement, the response was too poor.

We really hope that this time it become fruitful and the drive helps the women and the society as a whole. Women empowerment is a must and if this policy gets implemented well, India will come in the list of those developed nations who already have women drivers and conductors to run their public transport.