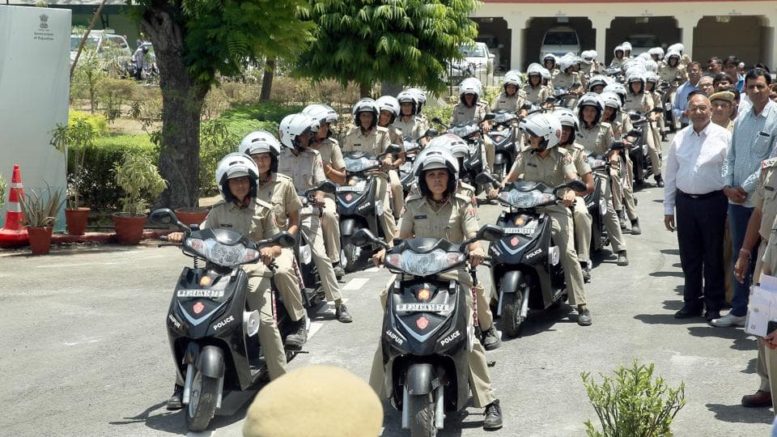 As per an update, women staff of 40 will handle Jaipur’s Gandhinagar station and this move is not less than a milestone achieved.

From the ticket collector to station superintendent, from stationmaster to the enquiry counter and even the points man, everything will be a woman show on the railway station of Gandhinagar. The women will start operating from today.

Soumya Mathur who is the Divisional Railway Manager in Jaipur told the media that women would handle the entire set of operations that means aligning the tracks as per the route of the trains. The commercial operations like selling a ticket and collecting it will also be done by them.

If security is the concern for ladies, the station has women constables patrolling 24*7 and in fact to add the cherry on the top, to support the women crew, the Railway Protection Force has decided to put around 11 women police personnel at the police station attached to the railway station.

Gandhinagar station will be the second in the list to be manned by women; first being Matunga station in Mumbai.

Gandhinagar is claimed to be a unique station of Jaipur and what makes it unique is the passing of twenty-five trains daily that even includes high-end trains like the Maharaja Express and the Palace of the Wheels. These twenty-five trains have stopped at the station and fifty trains pass by the station that includes the high-speed ones such as Rajdhani and Shatabdi express. The station witnesses almost 7000 passengers on the platforms every day.

The women already working here are too excited for the challenge and they are looking forward to it. There will be two eight-hour shifts for women. When asked one of the points men about the challenges women are going to face here, she nodded and said that does not matter to them. They are determined to provide the best service throughout.

Be the first to comment on "Women Squad to handle all the Jaipur’s Gandhinagar stations Operations."