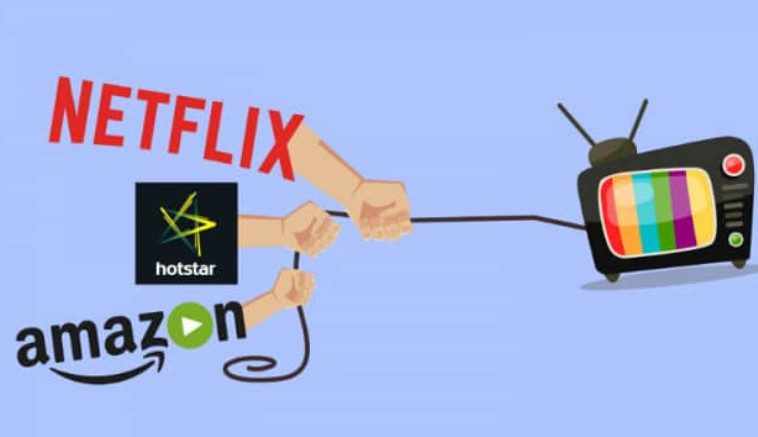 Binge-watching is the new way of watching tv series and movies! If you aren’t doing it already, this list will make it happen.

This thrilling tv series has 5 episodes that you can binge-watch in one weekend! The story revolves around a nuclear accident that took place in Chernobyl, Ukraine. Watch how this human mistake was covered up until it was too late.

Watch how a chemistry teacher who is diagnosed with lung cancer chooses a path he regrets in every turn yet continues to hold his ground in spite of threats coming in from all the angles! Though there are no good looking actors in this show (Zero good looking actors), you’ll be thrilled to watch it over and over again!

3. Two And A Half Men on Amazon Prime

Alan Harper is completely broke and on the verge of a divorce. He has a son who’s still very young. Helpless he turns to his brother Charlie, a rich, alcoholic, jingle writer with a beach house in Malibu. This tv show is eternally funny and Charlie Sheen is irreplaceable. A crazy stalker, an arrogant house helper, and a one-of-a-kind mother, Evelyn Harper will make you laugh and giggle throughout!

The only tv show that’s getting better and better with every season! The adventures of Eleven and her friends and the secrets of the dark force that turns a little town completely upside down. The children are your real heroes here. It’s a must-watch for those who enjoy a mix of comedy and mystery.

Yes! Fargo tops our list because it is the best series ever made! It is based on some real incidents that took place in Minnesota, USA.

If you’re wondering why Game of Thrones isn’t on the last, please do watch the final season again. If you still don’t get it, watch it again! One of the worst disappointments of this decade was ‘Game of Thrones’. The writers just didn’t know what to do with all the hype they created over the years and decided to burn the throne at the end!

Be the first to comment on "Watch These TV Series Online Already!"