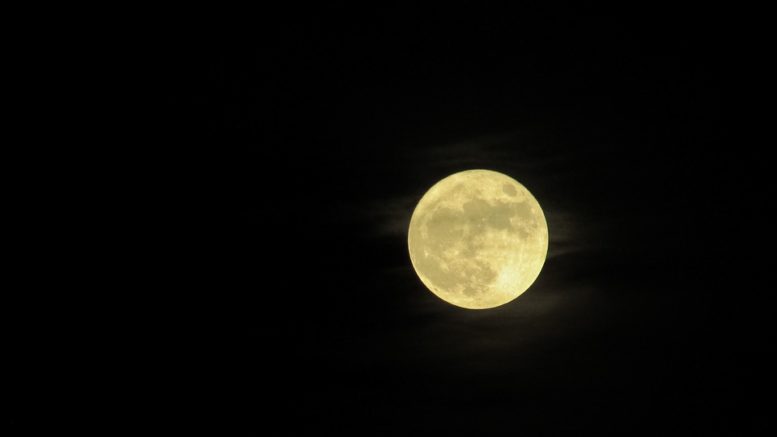 On Wednesday, 31st January 2018, it is a full moon night and the moon pass through a shadow of Earth. For a period of 77 minutes, the silvery moon will turn ochre red and will be worth a look.

More notable thing is that this lunar eclipse will happen with second full moon this month, which is a bonus event happening after 150 years and will be known as ‘blue moon’. The icing of the cake is that this full moon will be a super moon that means it will be slightly bigger and brighter than the average full moon.

An impressive trifecta –but unfortunately not ever will be able to spot it. The East coast of the United States will be able to see partial eclipse of the blue moon exactly before and during dawn. The best time to view the eclipse is 6.48Am ET and the sunrise is 7.15 AM. The worse part for the viewers is that just before dawn the moon will appear near the horizon so if your stay in the wooden areas, in a city or areas with an obstructed view of the horizon then you will find it hard to spot it.

People believe that eclipse happens as many as time the moon passes through the shadow of the Earth but actually there is much more facts behind it. For an eclipse to happen, the moon should be a full moon. When it is a full moon night, it simply means, the sun, the moon and the Earth are aligned together.

Now if you ask that why we do not have eclipse every full moon night then the answer is that the moon’s orbit is not as equal as the Earth’s orbit, it is tilted up to 5 degrees. Whenever these 5 degrees are covered completely by the Earth’s shadow, we have an eclipse usually, once to twice a year.

Be the first to comment on "A rare Triple Treat to the Sky watchers – Super moon, lunar eclipse and Blue moon in one go"