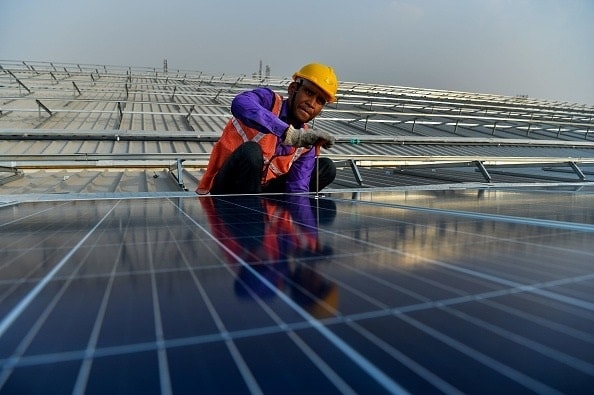 It is coming not less than a surprise that India, to achieve the target of producing 175 gigawatts of

electricity from renewable resources by 2022, will be employing 3 lakhs people in the solar and wind

energy sector. This is an estimation of the International Labour Organisation and it was published in

people. The UN labour agency further said that 24 million new posts will be created around the

with safer zones for the workers.

The report named, ‘World Employment and Social Outlook 2018: Greening with jobs’ stated that

by 2022 and this will be equal to half of its total annual electricity production. The estimated in the

reports was cited by The Council on Energy, Environment and Water (CEEW) and the Natural

workers in its solar and wind energy sector to meet the target.

For this, there will be a need of conducting vocational training programs and certificate schemes.

dependent on the carbon-based production but in future with more sustainable energy, more jobs

will be created. India along with France has initiated an International Solar Alliance at the UN

Be the first to comment on "Solar, wind energy sector to employ 3 lakhs people by 2022"