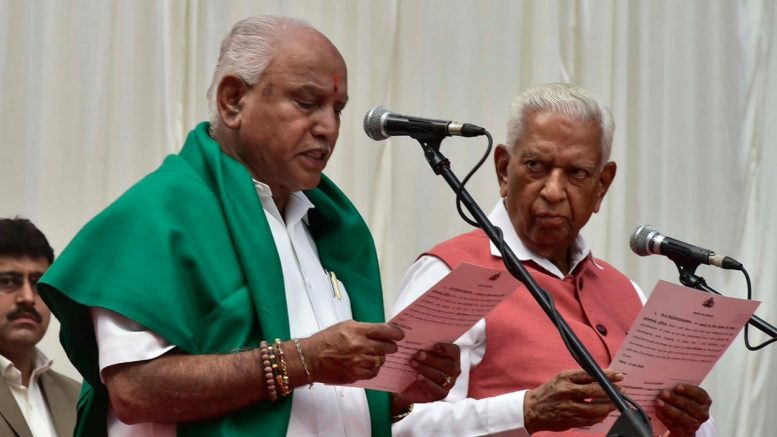 Congress and Janta Dal could not delay the oath ceremony much and Thursday morning BD Yeddyurappa took his oath as the chief minister of Karnataka when the apex court turned down the request of the other parties to stop the ceremony.

The hearing of the case started at 2AM and it ended some three hours later at 5:30am. Three-bench judge heard the case and they said that they will not the ceremony for now but the government formation will be subject to the final call on this case.

Notices have been sent to BS Yeddyurappa to reply on the petitions filed by the Congress-JDS and the court has asked the new chief minister to produce a letter to ask for the formation of the government.

BJP is the largest party in the state with 104 seats in the 224-member assembly and it needs 112 to prove its majority while congress has won 78 seats and JD 37. The congress and JD altogether has over 112 seats and they claim that they have a majority over BJP for now.

The governor of the state has given 15 days to the chief minister to prove his majority but congress is opposing it saying that this period will allow the party to engineer some defections in the system.

A number of issues have been raised and the apex court is yet to give its final call on the case. If BJP comes in power, it will be its 21st government in India as Congress is in power only in Punjab, Mizoram, and the union territory of Puducherry.

Be the first to comment on "B S Yedyurappa takes oath as Karnataka CM, has been given 15 days to prove majority"