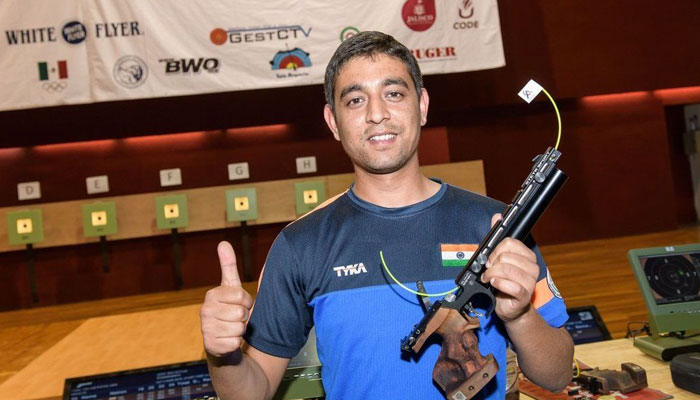 The Indian shooters initiated on a strong note the new season winning three medals, including a world record gold, on the very first day of the International Shooting Sport Federation World Cup held on Saturday in Mexico. It was indeed a very proud moment for Indians as there was a series of winning among the shooters setting new set of record.

Rizvi, was making to his World Cup debut, registered a 242.3 points world record score in the event opening day final that is on Saturday evening.

The reigning Olympic champion Christian Reitz of Germany settled for the silver with a score of 239.7, while India’s Jitu Rai bagged with 219 the bronze. . This is the foremost senior world event for both Rizvi and Ghosh.

Om Prakash Mitharval from India, reached the final and was the third to finish fourth with 198.4 points just behind Jitu Rai.

In the 10m air rifle event, women’s India’s Mehuli Ghosh made a memorable debut at a senior World Cup, taking with a world junior record of 228.4 points, winning bronze.

Her compatriot Anjum Moudgil finished with 208.6 in the fourth position while Apurvi Chandela with 144.1 points was seventh.

Be the first to comment on "Shahzar Rizvi, the Indian Shooter Comes with a Strong Note Winning a world Record Gold"