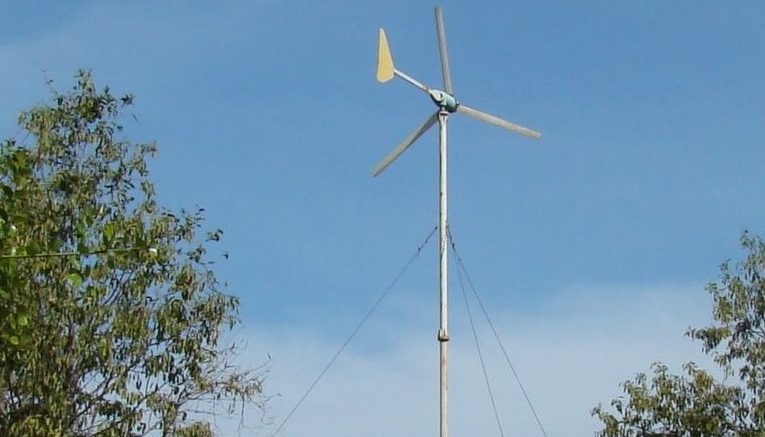 We are all talking about renewable resources of energy, going green etc. etc. on one hand and on the other hand, we are still fighting for electricity, water, diesel, petrol and so on. Amidst this fight, there is a miraculous village in our country that has made the green mission true. It is the best example of how things can be managed easily, efficiently and most importantly, collectively.

Some 40 Kilometres from Coimbatore located a village named Odanthurai Gram Panchayat. When in other parts of the country, people are struggling for the basic electricity; this village has become self- powered and has set an example in front of the whole world by producing its own green power to cater to its needs. When someone went deep and tried to find out, the Panchayat President Shanmugam came up as the main person to lead this project.

The most notable thing is the wind power generator in the village that was set up in the year 2006. When Shanmugam saw the state government helping many private companies to set up wind power projects in Coimbatore, he thought why not set up one in the village under the panchayat ownership. The village community is the legitimate owner of the land and the power generated would suffice the daily usage of power.

Shanmugam calculated the cost and deduced that the small turbine would cost around INR 2.3 lakhs. Out of which the village can arrange INR 35 lakhs and the remaining can be taken as a loan from the bank with the help of government. The panchayat like his proposal and when the matter was taken to the district level, it amazed the authorities as well. It was hard for them to imagine a gram panchayat taking such positive steps. The Tamil Nadu government immediately sanctioned the proposal and it became the first power project taken by a local body in India.

The wind farm is generating 7.5 lakh units of electricity and the village requirement is 4.5 lakhs and the remaining is sold to the state government. This way the village is fetching an income of INR 19 lakhs annually. The president of the panchayat told that with this amount, the loan will be cleared soon and then the power generation will be almost free for them.

The Odanthurai Panchayat has even started other projects on the renewable resources of energy like the 9 KW biomass gasifier power generation system that will substitute the grid electricity for pumping water in the village. Other projects like solar street lighting and producing biogas using animals and human excretion are underway.

The village is doing a great job and we hope that at least one village in each state of India emulates
what Odanthurai is doing today.