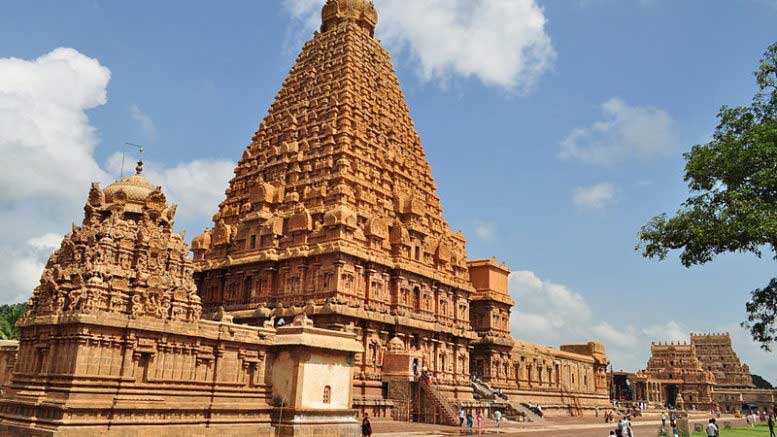 Ancient India is known for its heritage, cultural diversity and adoring sculptured temples. Hindu temples have the most finely detailed carvings, architectures, and styles that are inborn to India. The earliest temples were Rock cut and cave temples. The purpose of visiting temples is not only to worship gods but also to receive calm and positive mind set.

Hinduism is a religion which has always stuck to science since its beginning. There are several scientific reasons behind the construction and the customs being followed in temples.

1.The Position of Temples:

2.Footwear to be removed outside:

Temples are a storehouse of positive vibrations throughout them. The floorings are composed of the good conductors of energy. So it is good to walk with the bare foot to acquire all those positive vibrations. Another reason for the forbiddance of footwear might be the impurity contents. The contaminants shall deface the purity and brings in negative energy.

The positive energy is absorbed properly when all the five senses such as eyesight, smell, touch, hear and the taste is activated in the body.

3.The Ringing of bells (the sense of hearing activated):

Bells are made up of various metals namely cadmium, lead, copper, zinc, nickel, chromium, manganese in a certain proportion. When the bell is rung, it produces an exceptional sound which brings unity between the left side and right side of the brain. When this unity happens, it wakes up the consciousness. Also, the sharp sound of the bell lasts for seven seconds which is good enough to touch the seven chakras in the body.

4.Igniting camphor in front of idol (the sense of sight activated here):

The inner core of the temple or ‘Garbagraha’ is habitually dark. The dark place when brightened with the lightning of camphor activates the sense of sight. The light energy is absorbed by the idol which is discharged for a period of time.

Touching the ‘Aaarathi’ or camphor flame makes our hands warm and touching eyes with them activates the sense of touch.

We offer only specific kind of flowers such as rose, jasmine, marigold to God. These flowers present good fragrance. The scent of flowers, instance sticks assists in activating the smell sense and offers pleasant mind.

Holy water constituting of Tulsi leaves is usually offered from a silver /copper vessel. The Tulsi leaves should be dipped in water and kept in a copper/silver vessel for eight hours. It is believed that copper vessel possesses a miraculous property of positively charging the water present. This water has the power to balance all the three doshas in the body. Drinking Tulsi water gives additional benefits for common cold, fever, and cough.

We always move around in a clockwise direction after we worship the idol. By performing the pradikashana one can absorb the energy from the Idol for a shorter time. This energy was preserved from bell sound and lit of camphor. The shifted energy is very less so it is good to visit temples very often.

The spot between eyebrows is a critical nerve point. By applying kumkum there we retain the energy consumed during the worship process. Pressing at the nerve point facilitates good blood supply to facial muscles.

10.Reason for offering coconut and banana:

These two fruits are the sacred fruits whereas all the other fruits are considered be tainted since they grow from seeds (seed comes from another eaten fruit).

The science behind the temple worships might have surprised you. The main purpose of going to temple is steered to refresh your senses. Visit temples often to keep yourself and your mind healthy.

Be the first to comment on "Fascinating Science Behind Indian Temples"