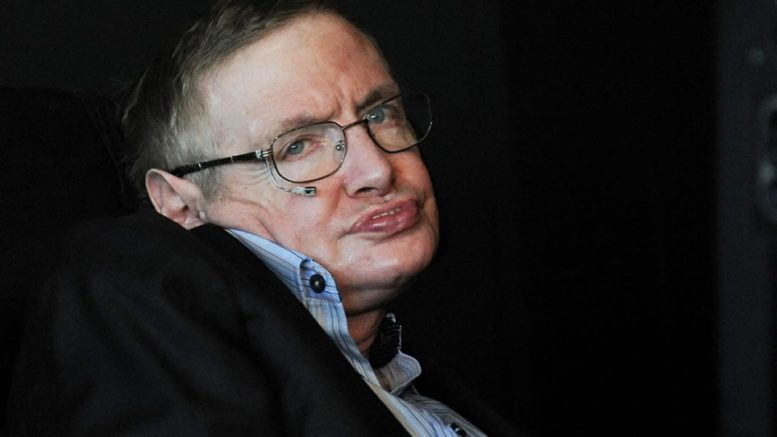 Stephen Hawking, the British brilliant theoretical physicist overcame a devastating disease to
publish popular books probing the universe miseries and he succumbed to death at 76.

He was regarded to be the greatest living scientist in the world. He was a cosmologist,
mathematician, astronomer and an author of several books including “A Brief History of
Time,” the landmark book that sold over 10 million copies.

Hawking with Roger Penrose, his fellow physicist merged into the relativity theory of
Einstein with quantum theory suggesting time and space begins with Big Band and ends in
black holes. He also discovered that the black holes also emit radiation and it will evaporate
and disappear.

Hawking suffered from a neurodegenerative disease ALS (amyotrophic lateral sclerosis),
commonly referred to as Lou Gehrig’s Disease that is fatal usually. He was diagnosed when
he was 21, in 1963, and doctors gave him only a few years to live.

The disease made Hawking bound to a wheelchair and paralyzed. He could just move one hand
few fingers and was dependent completely on others for everything virtually, even speech,
eating, dressing or bathing.

Hawking used a speech synthesizer to speak with an American accent in a computerized voice.
He also wrote on his website ‘I try to lead a normal life and do not think or regret about my
condition that prevents me from doing many’. He said ‘I am lucky that my condition
progressed slowly and shows that one must not lose hope’.

Hawking was married twice. He and his first wife, Jane Wilde, remained together for 30
years before divorcing in 1995. Hawking later married one of his former nurses for 11 years
to Elaine Mason.

Be the first to comment on "Renowned Scientist, Stephen Hawking Succumbed to Death at 76"