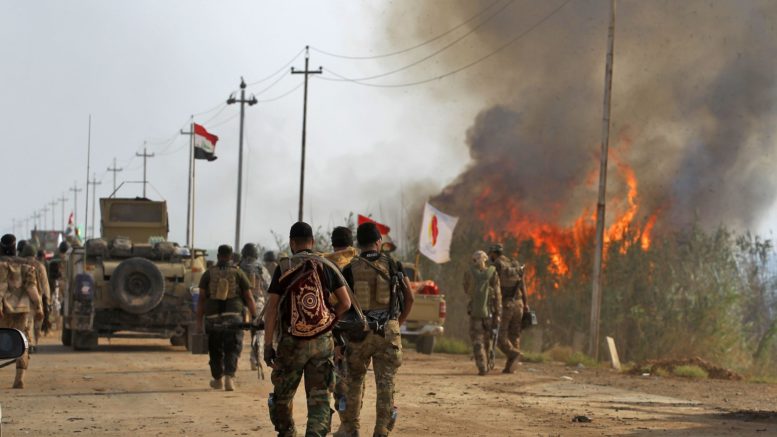 Some three years ago, ISIS abducted some Indians along with 50 Bangladeshi workers in Iraq. While the Indian team and the Iraqi forces were on the mission to search for the ISIS kidnapped men, they found a mound in Badoosh and it appeared as if something is buried inside.

The Indian team is led by Union Minister Gen VK Singh and he said the digging is too carried out like we are digging for artifacts at an archaeological site.

When the digging process started, they found a Kada and a few hairs of the people and that very well indicated that the men from Punjab are buried inside. Howbeit, how many of them are inside was not clear. As the excavation continued, the Iraqi authorities found humans. The first human to be identified was Sandeep Kumar from Punjab. The identification of the remaining bodies was done on the basis of matching DNA with the samples sent by the Indian government.

Only when all the bodies were found and declared dead, the families of the deceased were informed about the incident.

The Indians were abducted by ISIS along with Bangladeshi workers and after a few days, the Islamic state had released 55 Bangladeshis. One Indian worker too managed to flee with the Bangladeshi and his name was Harjit Masih.

The Indian officials made every possible attempt to search Badoosh for the 39 abducted Indians as their last known location of the Indians. Masih who survived told that all the Indians who were kidnapped were shot dead immediately and he was lucky to flee from the group.

Be the first to comment on "How Radars Unearthed 39 Indians Killed in Iraq by ISIS?"