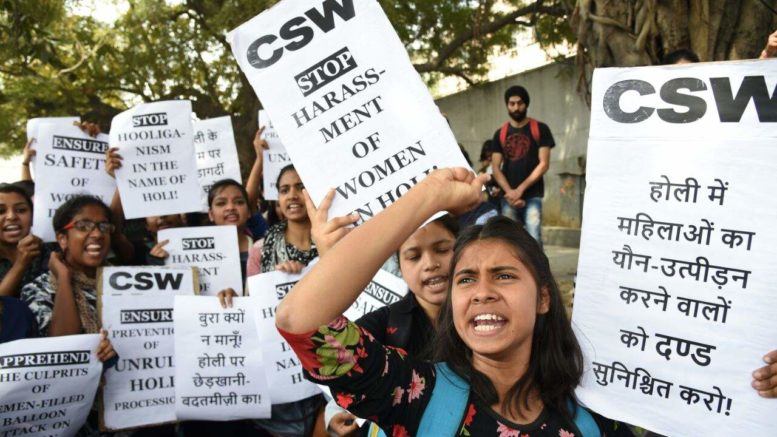 The festival of colors is being celebrated in the whole country but there are some scandalous people who are trying to molest woman by throwing semen-filled balloons on their hips.

That sounds crap. A few days ago, a BA student expressed her agony on her Instagram profile over the semen-filled balloon thrown over her. Today a girl from the Lady Shriram College has filed a complaint that when she was boarding her rickshaw, a balloon hit her hips and the liquid dried white on her leggings. She knew this was not water and then her friend told her that semen filled balloons are being thrown over girls.

Crap this is! What were the people doing there when these ignoble people were molesting girls in public? Not a single person batted his eyelid over these cheap people. If you call these people animals, it would bring disgrace to the animals too.

After so much discussions and many new acts being passed in the parliament, women are still not safe on roads. If you cannot rape, throw semen over them and enjoy, this is what the mentality of these shoddy men out there is.

The situation has agitated the teachers and students in the city and they have gathered in front of the Delhi Police Headquarters. They are raising slogans and demanding extra protection for girls and woman teachers in the area. A festival cannot be an excuse to molest a woman in any way. Holi is a festival of win over the devil and it should bring an end to the devils today as well.