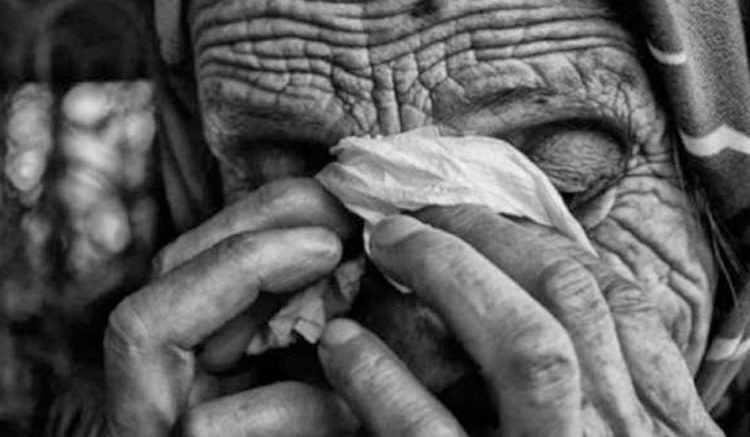 In Chennai, a 77-year old woman was denied pension of her husband by a government official. This was because this old woman had a pottu on her forehead instead of ash.

It is just a month before that Devi; the 77-year- old woman lost her husband and was trying to overcome the grief of the loss of her husband, her partner. Her husband worked in the Electrical and Mechanical department and the settlements wing officials insisted her to complete the pension transfer formalities immediately.

Ramesh, Devi’s husband, was 82 and he passed away in March. He worked till 1993 in Rajaji Salai Port Trust. Now, Devi was eligible for 70% money and so on April 9, she accompanied her son and daughter-in-law to sign the forms.

The officer in the settlements wing identified himself as Ravi was sleeping, said Madhuri, Devi’s daughter-in-law. She explained that ‘We gave the forms required, including the identity proof of my mother-in-law and the photo was taken four months back, but he looked at the photo and at Devi, her mother-in-law and denied accepting it’.

When asked about the problem, the officer said that Devi had on her forehead a pottu. Moreover, insensitively Ravi said ‘we should understand a widow is not supposed to wear pottu or flowers. He asked us to take another photo with only sacred ash on her forehead’ recalls angry Madhuri. In fact, the officer asked ” How a widow can come to the office like this,” she adds.

The officer asked for the ration card and did not process the pension transfer, said Madhuri.

Madhuri said, ‘We took a photo without the pottu and handed to the officials’ and it was difficult to console Devi. The family submitted the ration card and the photo next day, to process the pension fast. Though Madhuri complained about Ravi to senior accounts officer, she was asked to ‘adjust’.