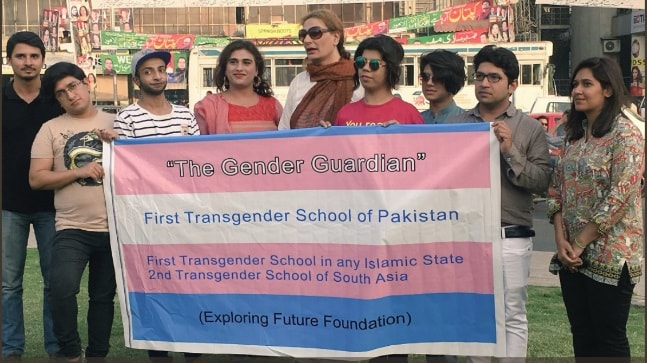 Pakistan is to begin from Monday its first transgender community school said a media report.  The Gender Guardian, the school inaugurated on Sunday has attempted this first project by the NGO, EEF (Exploring Future Foundation).

The EFF Managing Director, Moizzah Tariqu said, ‘We will provide curriculum and skill-based training to transgender community who are enrolled with us’.

“Most have shown interest in the fashion industry including cosmetics, embroidery, fashion designing and stitching education, while some have interest in culinary skills and graphic designing. Having acquired information from them, we have designed our courses for them,” added the MD.

How he was inspired

Asif Shahzad, the school owner said there are 30 enrolled in the school.

He said, ‘I was moved in 2016 after seeing the Indonesia bomb blast at a transgender school and this was the only Islamic country with such school in the world. Thus, we decided to bring them and provide them education’.

The plan is to give a diploma course so that they can either work or set up individual businesses, and the NGO will assist them with procedures. As such no age limit is set to get enrolled in this school.

The total population in Pakistan of transgender people was 10, 418 in 2017 census, reports Dawn news.

The Gender Guardian School will be starting in Lahore from April 15.  There will be academic education available for 12 years right from the primary to the higher secondary level, such that it has 15 faculty members.

Pakistan is set to create a historic move by opening the first educational and vocational training institute in the country for its transgender community.

The institute is founded by Asif Shahzad with the assistance of local NGO, the EFF. This is the first in the Lahore center and there are plans to expand in two more cities in Pakistan, in Karachi and Islamabad, reported the Dawn.