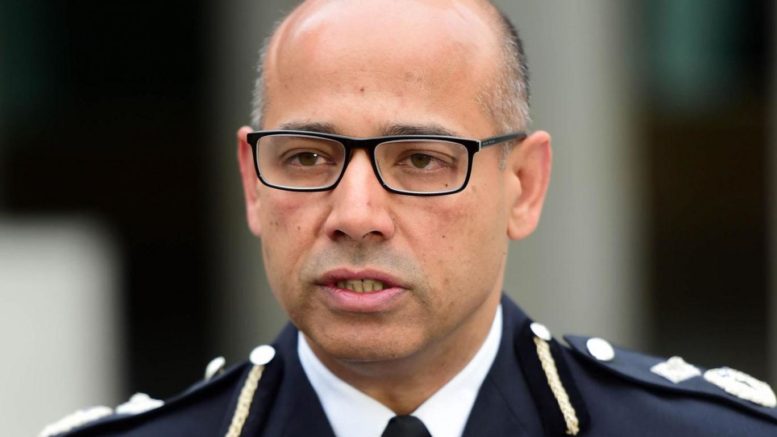 Scotland Yard has appointed a new chief, the senior Indian origin officer, Neil Basu as counter-terrorism chief, said on Monday an official statement. This was viewed in British policing as the toughest job.

Neil Basu is now a Metropolitan Police Deputy Asst. Commissioner and will be now promoted for Specialist Operatins to the Assistant Commissioners rank. He will succeed Mark Rowley who is retiring this month and will become nationally responsible for countrer-terrorism policing.

Basu’s father is of Indian origin and he said it is a privilege to join the management board of the Met and to lead CT policing. Basu was overseeing organized gangs and crime and is specialised for the past three years in counter-terrorism policing.

Basu said it is a duty and a challenge that i accept with sense of purpose and humility. Last year under the tenure of Rowleys as counter-terrorism head, there were five terrorist attacks and this includes the Westminster Bridge atrocities, Borough Market and London Bridge, Parsons Green Station, Finsbury Park mosque and Manchester Arena.
.
He has worked in all ranks as a detective including anti-corruption and homicide for the anti-gangs unit Trident. He also held the posts for south-east London of area commander and heads the armed policing within the Met. On 21st March, he will take over as specialist operations assistant commissioner.

Basu is groomed for the top for years. He was the favourite in counter-terrorism and is well regarded in policing by others as well as by MI5, the domestic security service that closely works with the police to thwart attacks.

Basu is the foremost officer of Asian heritage in this role and his appointment in this key senior role is certainly to be viewed as a positive step.

Commenting on this appointment, Cressida Dick, the Met commissioner, said: “He is a leader of courage, integrity and compassion and I know he will do a great job.”