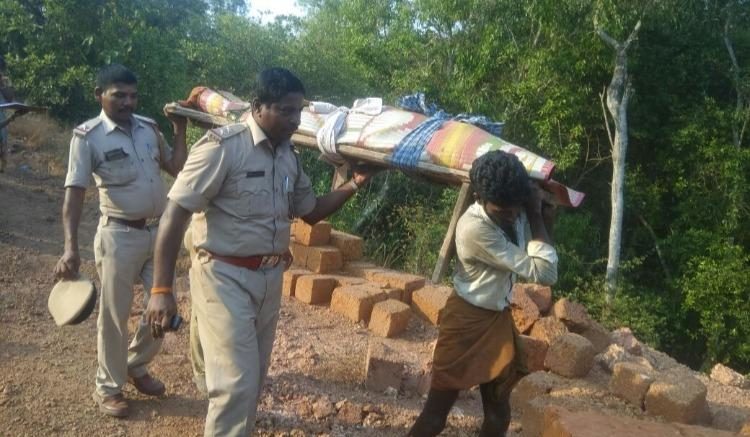 Karnataka locals keep deceased Asalappa, 80 years old for more than six hours exposed to the sunlight and heat in Dakshina Kannada on the Koila hillocks, though they spotted on Saturday at 10 am.

The villagers were observing the spirit workship referred to as Daiva Nema and allegedly decided against reporting owing to superstitious belief. The locals believe it inauspicious during Daiva Nema ritual to touch a dead body, fearing it will invite deity’s wrath.

However, the Police officials took their call of duty going beyond the rituals and retrieved the body of Asalappa and brought it to the foothills.

Balakrishna Koila, a Kannada daily reported alerted Prakash Devadiga, the Sub-Inspector and Ravi, the Assistant Sub-Inspector who reached on the spot. Initially, the officials requested help from the locals to take the deceased to his son’s home, but they considered it as sootaka that refers to impurity during death or birth that would befall on their families and them, in case they attended during the Daiva Nema.

SI Prakash immediately summoned Sandesh, Home Guard to help and the trio with Ravi, Asalappa’s son took the body down the hill.

Actually, the hill was steep, no ambulance or vehicle can scale that the body was brought down physically and was placed on a wooden bench, wrapped in a cloth, bound with twine and we went down, said ASI Ravi.

Meanwhile, the locals also alleged that it was not only Daiva Nema that the residents did not help with the body, but also because Ravi, Asalappa’s son, a Gowda, had married a girl belonging to a Billava community. The inter-caste wedding had ostracized the locals that they denied offering any support.

Asalappa had come to see his son and helped him in his fishing occupation. Asalappa must have slipped enroute and fallen, said SI Prakash. The Kadaba police registered the case and Dakshina Kannada Superintendent of Police B R Ravikanthe Gowda, appreciated the law-keepers gesture with ‘Letter of appreciation’ and reward.