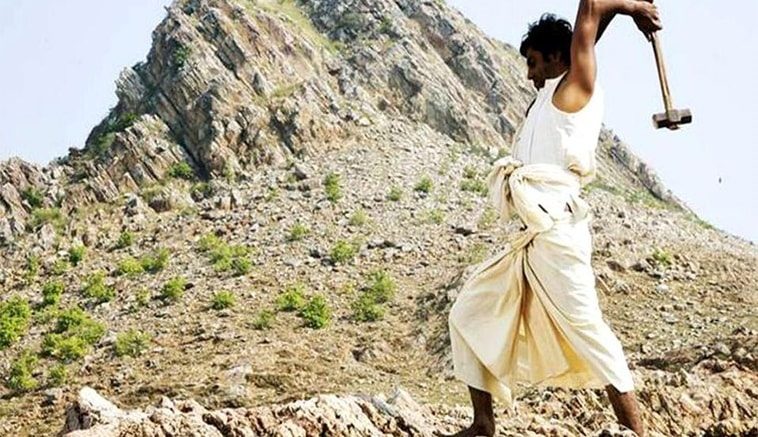 Nayak, a father, an Odisha man, carves mountains to make life easier for his sons

Aiming to make life easier for his sons, an uneducated father, Nayak, spent his two years constructing in Odisha, India, an 8 kilometer long road, so that his sons get a passageway to reach school.

Jalandhar Nayak is the father who put grueling work of eight hours daily for two years, single-handedly and was successful in moving mountains, such that his village Gumsahi has connection to the Odisha’s Kandhamal district main road in Phulbani town. This was a 15-km road. Addressing his effort, the district administration has decided to support his efforts and honor by paying him for his toil under MGNREGS scheme, told collector Brundha D, to reporters. The collector, Brundha D also said ‘Nayak’s effort and grit to build a road cutting mountains left me speechless’.

Much like Dasrath Manjhi, Bihar’s ‘mountain man’ who spent 22 years to build a 360-feet road, Nayak, carved an 8-km-long stretch in two years through hillocks and in the next three years plans to carve it by another 7 km.Nayak is a tribal man 45 year old, who had no access to education and he said his three sons experienced problems in reaching school crossing the hillocks that he resorted to hammer and chisel to make a way.

Nayak’s efforts until January 9 went unnoticed, but after reading local newspaper reports, the collector invited him to her office, and offered the BDO to engage laborers in completing the work of road construction and also offered Nayak financial support.Interestingly, Nayak and his family are the only residents of Gumsahi village and others left it long ago due to lack of essential facilities and road.Nayak profusely, thanked the district administration for recognizing his efforts. The collector said, ‘We are thinking to felicitate during the Kandhamal Utsav, Jalandhar Nayak, for his determination’.

Be the first to comment on "Nayak, a father, an Odisha man, carves mountains to make life easier for his sons"