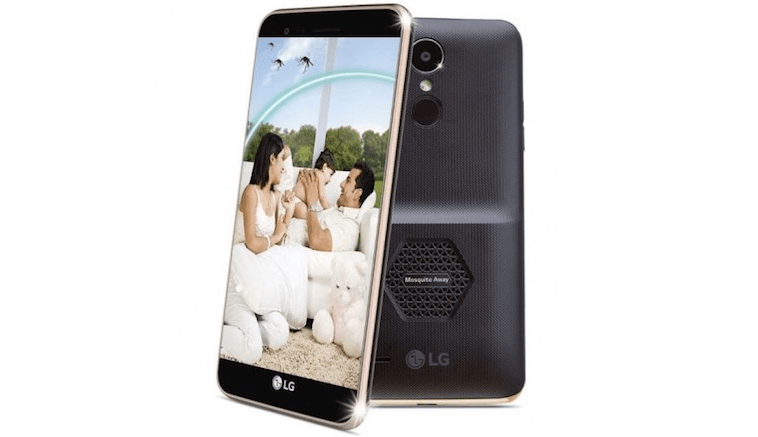 We all have smartphones with similar features But seems like LG is changing the way we think about a smartphone. Have you ever thought of using your smartphone as a mosquito repellent? If you did not LG will make you think so. LG recently introduced a new smartphone to the world which comes with a mosquito repellent feature. The device is named as the LG k7i. Earlier LG introduced the Mosquito Away technology with their TVs and Air conditioners and now for the first time, the company is adding the feature to a smartphone.

If we talk about the specification of the device, The LG k7i sports a 5-inch display with a resolution of 1280 x 720. Under the hood, the device is powered by a quad-core processor which is clocked at 1.4 GHz. The LG device comes with 2GB of RAM and 16GB of internal storage. You can also expand LG k7i memory up to 256GB through a Micro SD card slot.

On the camera section, the device comes with an 8MP camera on the rear panel along with an LED flash. On the front panel, there is a 5MP camera for selfies.

The LG device comes with a 2,500mAh removable battery which will be capable of giving a day of battery life. If we talk about the software the LG k7i runs on an outdated Android version which is Android Marshmallow and there is no confirmation if the device will receive android nougat update or Oreo update in future.

The smartphone also sports some other features like 4G LTE, Wi-Fi, Bluetooth 4.0, GPS, 3.5mm audio jack, and a MicroUSB 2.0 port.

How LG’s Mosquito Away Technology Works:

Talking about the interesting feature of the smartphone which is the Mosquito Away technology. Well, on the bottom rear side of the device there is a giant bump. The giant bump releases some ultrasonic sound which keeps the mosquitos away. According to the company, the ultrasonic sounds are safe for humans.

LG k7i can sport a mosquito repellent feature but the device lacks other specifications which may not give great sells to the company. So let’s just wait and see what LG is planning for us and what type of response the company is getting.