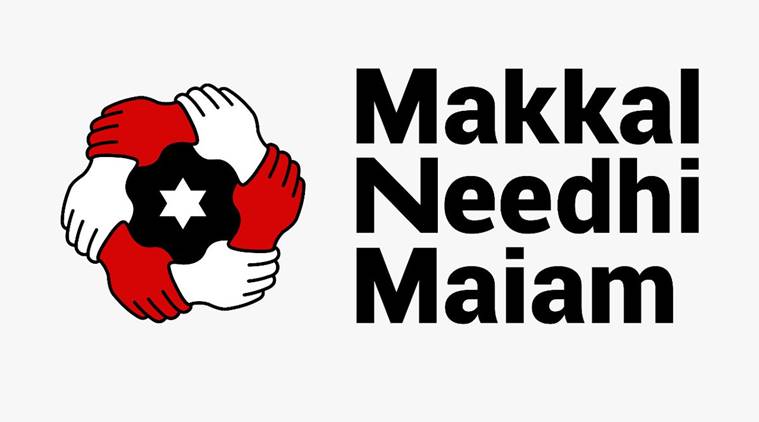 Few hours before the actor-turned-politician and launched his party, he visited the former president APJ Abdul Kalam’s residence in Rameswaram and interacted with Kalam’s family members.

Haasan with this has become a part of the film stars list switching to politics, and this is particularly apparent in southern states. He announced his party name as MNM and was greeted with cheers, loud whistles and claps that drowned his voice.

Haasan kept away the word Dravidian in his party name and preferred the term Makkal, referring to (people) representing inclusiveness and even his party flag symbol denotes joined hands in red, white and black colours representing unity and fight for Tamil Nadu peoples justice, said from Haasan’s team, a person who does not wish to disclose his name.

Haasan’s opening remarks “I am not a thalaiva (leader or boss), I am one among you,” he said this after unfurling the party flag and set the tenor and tone of his political meet.

AAP (Aam Aadmi Party) leader Kejriwal shared with Haasan the stage, while Pinarayi Vijayan, the Kerala Chief Minister sent greeting to Haasan. Haasan in the past made it clear he will not go towards BJP.

Another prominent “fan” who sent good wishes to the actor was N Chandrababu Naidu, Andhra Pradesh chief minister, who is already breathing fire against BJP ally and the central government for neglecting his state in the Union budget.

Kejriwal In his speech singled out communalism and corruption as the main factors afflicting the country and said honest leaders such as Kamal Haasan can be the perfect alternative to well-entrenched political interests. Kejriwal also endorsed firmly the Haasan’s party tagline “Naalai Namadhu” – tomorrow is ours.

Haasan said, earlier, addressing his first political rally,  “The past will stay in the past, but will not be forgotten. But, how long can we wait for justice?”

Haasan told the fans and supporters gathering at Madurai rally that Chandrababu Naidu told him last night “Don’t think, right or left, just think of people and their welfare,” at the Madurai rally.

Haasan also said ‘Now I have a person who did it, won peoples trust and is working for people sitting close to me, Kejriwal, so I am very sure I will do it with all of you supporting me’, he said.

Referring to the Cauvery issue, Haasan said, “So far either side politicians are playing politics only. But, it can be solved in a genuine dialogue give and take. He also pointed out during Tsunami, floods and cyclone; Bangalore people donated blood for us, what is water”.

“After an entire career in films and earning money, it is time I repay it to people, to the society. That’s the reason, I am coming into politics, as one among you, not as a thalaivar” Haasan said.

Be the first to comment on "Kamal Haasan, Launches Makkal Needhi Maiam, His New Party"