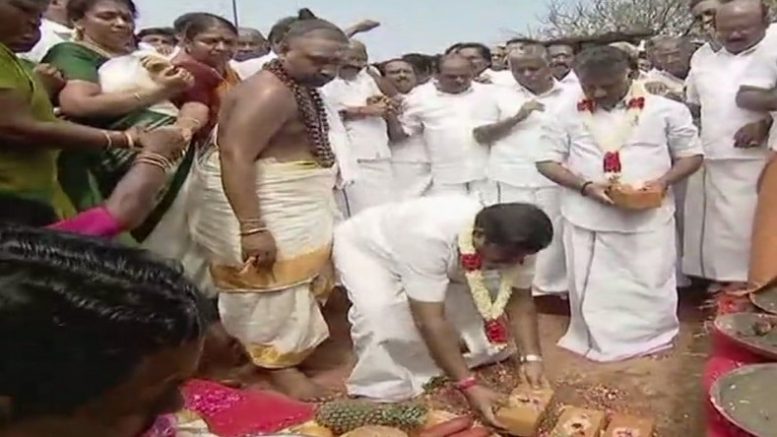 It has been a year now when Tamil Nadu lost its Amma, the motherly figure of the whole state, J Jayalalithaa. Now, the state government is eager to lay the foundation of the memorial of the former chief minister of the state.

Today the foundation stone of the memorial will be laid by the AIADMK’s O Panneerselvam and Edapadi K Palanisamy. The Tamil Nadu State Coastal Zone and the Chennai Metropolitan Development Authority have given thumbs up to the project and will be supporting it whole-heartedly.

However, this memorial has not come up without controversy. The first part of the controversy came when the burial of Jayalalithaa was questioned at Marina Beach and then the permission of CMDA and TNSCZDA to construct a memorial there.

The construction of the memorial will bring laurels to the state government and EPS-OPS faction will get a boost among the voters.

Yet, the timing of laying the foundation is a little tense. Students are going to write the NEET exams on Sunday. A student appearing in the exam lost his father while he was writing hi exam and the incident took place in Ernakulum. This incident has invoked tension in the state and various groups are protesting against the government for its incompetence to exempt Tamil Nadu students for appearing in NEET.

Protests are more attracted by the last minute allotment of the exam centres and the incompetence of the state to provide proper question papers.

For now, the memorial of Jayalalithaa has been supported by all in the state and this decision will win hearts of many voting incumbents in the state.