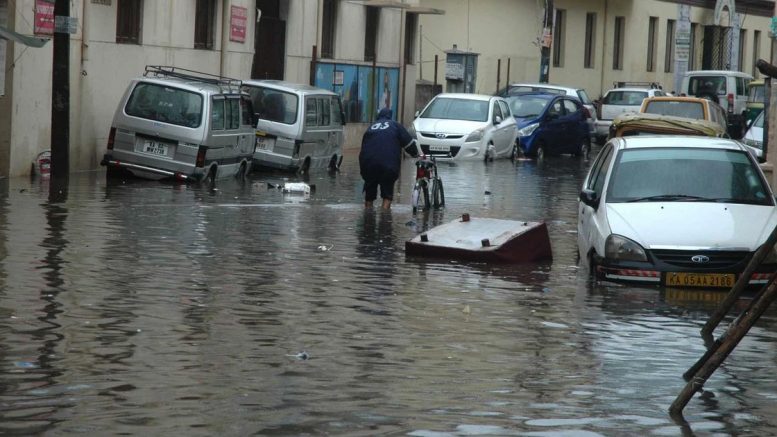 Most of the places in Bengaluru have witnessed rains and due to the heavy rains, the Karnataka

areas of the state.

As per the survey, the areas prone to flood are areas in Rajarajeshwari Nagar zone, Mahadevpura,

Bommanahalli and parts of east zone and south zone. Although the average rainfall of the state is,

98 cm but the early showers have already accounted to 35 cm.

issued a moderate flood alert so that people remain prepared for any upcoming natural calamity. If

there are any further alerts, they will be issued soon.

Two days earlier, the heavy rainfall in the state has already killed a 25 year old laborer and injured

three others when a wall came crashing the ITI layout. Due to the heavy rainfall, the schools and

Pre-monsoon rains were also faced in many areas including Udupi, Honnavar, Agumbe, Karwar in the

coastal region, Belagavi, Hubballi-Dharwad and Gadag that affected the movement of people in the

Be the first to comment on "Flood Alert in Bengaluru"