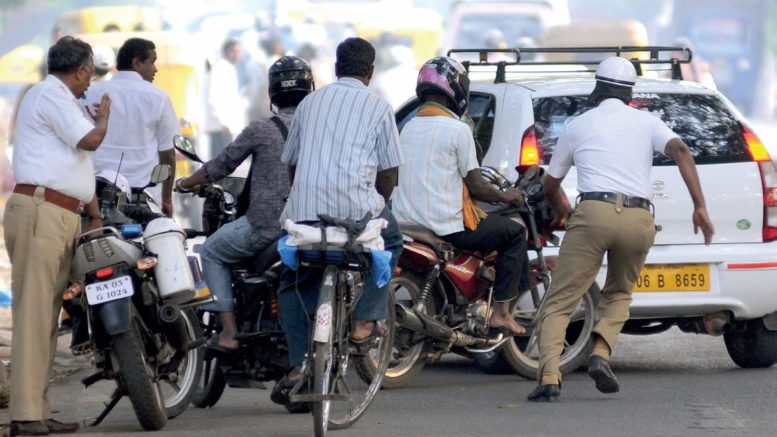 Erase worries about carrying your vehicle documents hard copies. Transport agencies and traffic police of Karnataka will now accept your digilocker app on your Smartphone.

R Hithendra, the Additional commissioner of police (traffic) said, “We will abide by the law.” Recently, the e-governance department of the state linked the department of state transport with DigiLocker, and this will allow the vehicle owners to upload certificates to individual accounts. This app is linked to the identity of the citizen and is validated with the Aadhaar and department database.

DigiLocker is a document digital repository and certificates issued to a citizen, such that it is linked to Aadhaar number. The app has digital copies available and is considered as per IT Act 2000 as original documents.

The transport department has also launched a call centre aiming to address related RTO grievances. The centre will be handling grievances and are also open to suggestions coming from platforms such as WhatsApp (9449863459), mail (tdkarnataka@gmail.com), Twitter: @tdkarnataka and Facebook (transport department, Karnataka’s FB page). Contact: 080-25136500 for queries from Monday to Saturday between 9 am and 6 pm.

Carrying the documents of your vehicle on your move is not necessary anymore. The Karnataka government will accept Digilocker app stored vehicle documents.

“It will be treated on par with certificates delivered by the department as a smart card or paper form,” he said. He also said they are planning to include in the Digilocker app Vehicle Insurance Certificate.

The transport department in the first 10 months of 2016-17 collected Rs 3947.40 crore. Records reveal that the vehicles registered numbers in 2017-18 (till January 31) shows 1.26% increase in comparison to the previous year same period.