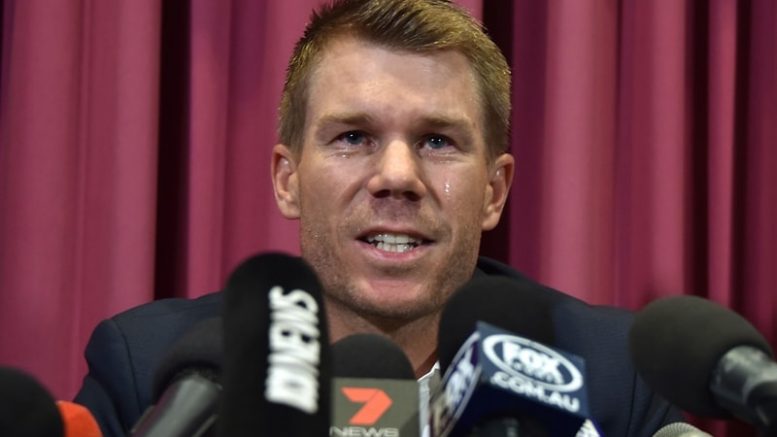 The blemished former Australia vice-captain David Warner, who had a terrible time at the outset of 2018 all because of a ban of one year due to the decadent ball- altering case, about to start his second innings in Cardiff on June 16, the second ODI between two arch-rivals Australia & England. But don’t be surprised and doubt on Cricket Australia’s decision regarding the ban. The attacking batsman is starting his second innings in the game of cricket with a microphone this time, not with Gray Nicolls KABOOM. As per the source, the former opener will be behind the microphone and will join the commentary panel for the second match of the five-match ODI series. He will commentate for channel Nine and will be among the fans in Cardiff after a gap of around three months. And the news has been confirmed by the Director of sports, Tom Malone, Channel Nine. And Warner has a cordial and profesional relation with Channel Nine.

The Upcoming series will be the first for the new captain Tim Paine as well as for the most consistent batsman of Australia and now as a coach Justin Langer. There will be a lot of expectation from both of them.

In addition to this, the former sole of Sunrisers is ready to present himself along with the other embarrassed captain of Australia Steve Smith at the inaugural season of the Global T20 Canada tournament starting from 28th of June 2018.