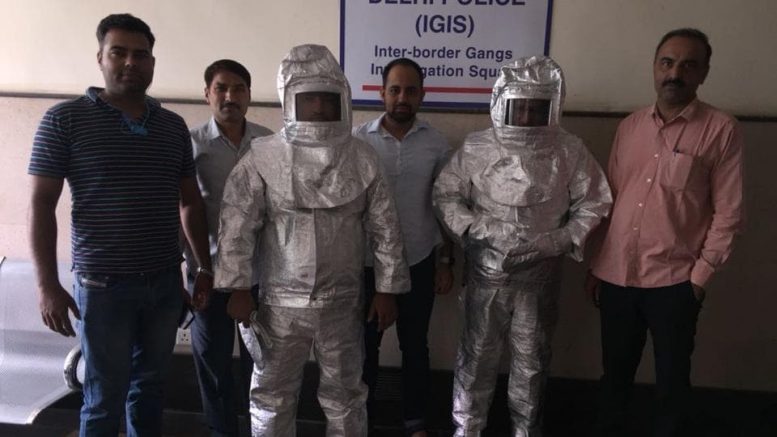 Virendra Mohan Brar, 56 and his son Nitin Mohan is alleged to have duped businesspersons in Delhi for seizing 1.43 Cr. INR in the name of some fake copper plates, Hazmat Suits and other space equipment falsely claimed to be used by NASA.

The conmen cheated the businessmen on the basis of a testing procedure to be done on the ‘rice puller’ under the supervision of foreign scientists. Police found out the duo pair when the businessmen complained the police for the constant delay in the testing.

This was quite bad and this is not happening first time in India. The number of con jobs is being circulated on internet and people are reading about it. In this particular case, the conmen duo told the victim that the copper plate aka ‘rice puller’ could be charged by thunderbolt. This property of the copper plate can attract rice grains and is very helpful in  NASA operations, the culprits told their victims.

Even though the rice puller is a very common metal plate, which is useless for scientists in all the ways but the culprits made use of some magnetic forces to make their culprits believe that the plate has got some magic in it.

The father-son duo has the habit of attending high profile parties and boasting of the use of rice-puller plate to popularise it and then they wait for the right person to fall in their trap.

Everything was arranged falsely by the duo and even during the test, the person’s son would put up the Hazmat to dupe the clients and every time the test was postponed giving circumstantial reasons.

Only this time when the victim approached the police, the case mystery was unfold.

Be the first to comment on "Dad son duo dupe businessman of 1.4 crore saying they sell products to NASA"