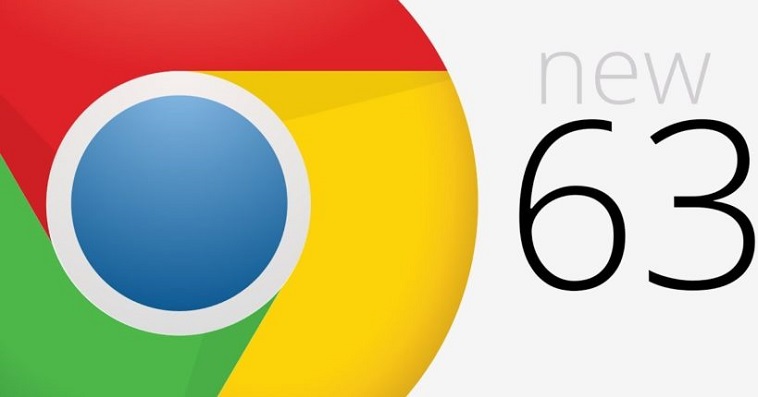 With Google being the biggest modern day tech giant in the 21st century, they have covered most of the shares in the tech industry and have also invented plenty of things which made the worlds working a lot more easily. Bringing in tons of software’s from Google, they have launched their latest software-Chrome 63. This particular software will be rolling out to every of the platforms such as Android, Mac, Linux and windows.

With the launch of such an exciting software from Google, it brings with it tons of features which will certainly make the user experience a lot easier and playful. Those features are applicable to both mobile as well as desktop pc’s. Among a set of different features, the best-loved ones include Flag redesign, new device memory, quick site certificate and a JavaScript API.

Also, for the Android Oreo users, they have added features like Smart Text Selection and the all new modal permissions dialog.

The chrome flag webpage undergoes a unique transformation and gets a new material design which will help users to distinguish between the unavailable and available chrome experiments. Also, there is an all-new search bar and a quick button for resetting of any operation.

For low-ram devices, this feature can be a boon to low-end users. In chrome 63, the api does the automatic detection in the amount of total memory and redirection process can be done to the lite versions of websites.

This feature takes the Google sandbox technology to the next level. With Chrome 63, you can isolate certain web pages which can be helpful in a number of ways. This, as usual will come at a cost where there will be 10-20 percent higher ram usage than usual.

Smart text selection is finally a part of Chrome 63 for Android. With this feature, it will suggest different apps to users based on the text they have selected in any document. While this case can differ from user to user, it can be a handy feature to have.

Thus, with such majestic features and a promise to rise on top of every other browser, it will be a thrill to see what change, the chrome 63 will bring in this hi-tech world.

Be the first to comment on "Chrome 63 paves its way to enter Android, Mac, Linux and Windows: Discover its Features"