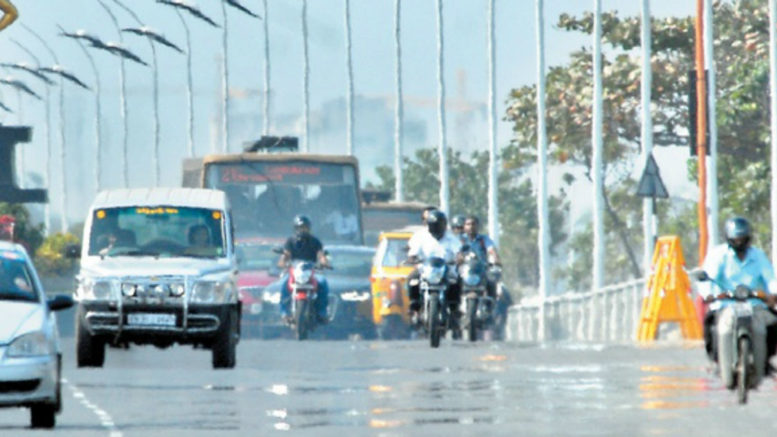 Tamil Nadu interior states, Salem, Vellore and Tiruchi have scaled to 40 degrees. The mercury climber above normal in most places in Tamil Nadu and this includes Madurai, Tiruttani and Coimbatore.

The westerlies presence is bringing dry, hot winds from the land is unusual and this has resulted in blazing heat this year, say the Met officials.

The places such as Vellore and Salem are experiencing in March soaring temperatures while hitting the 40 degree Celsius is early this year and this is because of the hot air blowing.

However, by the month end, the southern Tamil Nadu is expected to receive showers. Temperatures in Tamil Nadu central have crossed 40 degree Celsius, while Tiruchy records 40.1on Sunday. The increased dry wind is causing searing heat. The weather data shows temperatures above 40 degree Celsius in Perambalur, Ariyalur and Karur.

The intense heat has created a grip of fear of chicken pox, sunstroke, conjunctivitis and other infections. Though the patients now admitted to hospitals are less, people have started turning up with symptoms and the Health Department is getting ready to avert such outbreaks.

Chennai is expected to get respite in mid-April evening showers and the day temperature may reach beyond 42 in May is expected.

The health department has medicines ready to serve patients affected by the heat wave, while the Veterinary department is asked to keep adequate food and water supply for animals, it said.

Water pandals are directed to set up and precautionary measures are advised by the labor department to take. Municipalities and corporations take adequate measure to handle the heat way, said the release.