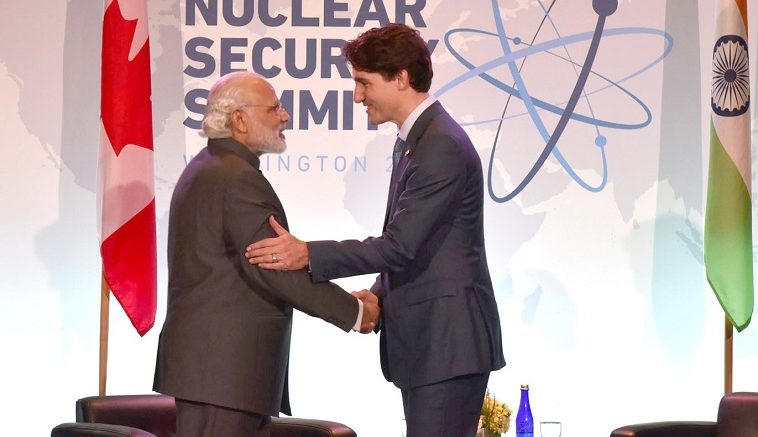 India is up for another bi-lateral   partnership in counter terrorism, trade and energy with Canada. The Canadian Prime Minister, Justin Trudeau, will be visiting India from February 17 to 23. The PM is scheduled to visit Agra, Amritsar, Ahmedabad, Mumbai and New Delhi.

PM Justin Trudeau will visit India on the invitation of his India counterpart Mr. Narendra Modi. The ties between the two nations took a leap in the year 2013 when both the countries singed the India-Canada Nuclear Agreement and Canada acknowledged. In the 70s, Canada had stopped exporting uranium and nuclear technology to India alleging that India used nuclear technology to make bombs.

Last November, both the countries came to a common platform and thrashed out all the previous misunderstandings. India is looking for more job opportunities in Canada for IT professionals and Canada wishes to expand trade by exporting pulses and food items to India.

Currently, the two-way merchandise between the two countries counts to around $8 billion. The investments from Canada have increased since past three years and Canada is a leading educational destination for the India students.

Trudeau on his visit will focus on people-to-people contacts of the two countries. Canada is home to a huge India diaspora and there are a number  of Indian origins Canadians who are holding key offices in the country. Both the Prime Ministers are very hopeful towards the trip and this trip will open up new ways to both the countries and the world as well.

Be the first to comment on "Canadian PM, Justin Trudeau, to visit India from February 17 to 23"