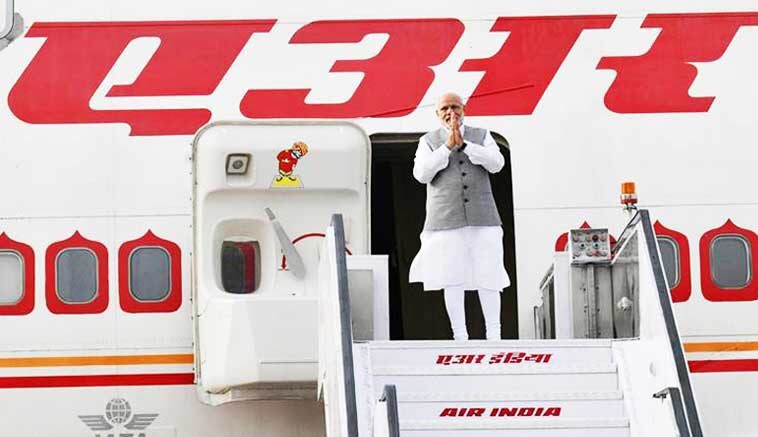 As per the data, a total of 1,484 crore was spent on the maintenance of the aircrafts, chartered flights and other hotline facilities for the foreign visits of Prime Minister Mr. Narendra Modi between June 2010 to June 2018.

The Prime Minister has visited 84 countries and V K Singh, the external affairs minister, shared the expenses stated under the three heads in the Rajya Sabha.

INR 1,088.42 was spent of aircraft maintenance and INR 387.26 was spent on the chartered flights for the different visits. The total expenditure on the hotline facilities came around INR 9.12 crore.

These details are limited to the trips done until June 2018. The further costs on the chartered flights for the trips after that period are not added in the data.

The Prime Minister has visited 84 countries in his 24 foreign trips and the data over the trips are:

In 2018, he has travelled to 10 countries and the last country was China that he visited last month.