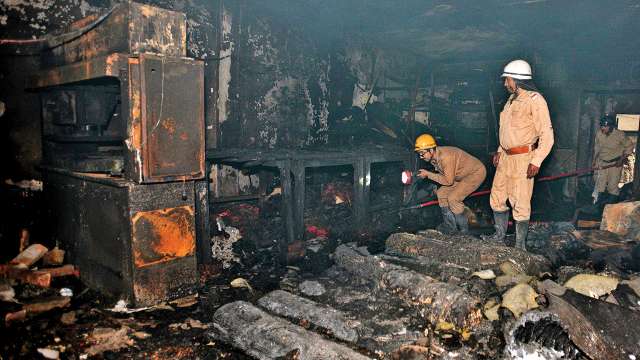 This is brilliant!! How a woman displayed immense courage and showed her presence of mind and she could live off 20 workers who were fated to die in the rage of fire.

A piece of news came from Sultanpura where an illegal factory caught fire. This lady named Jyoti Verma who is 68 years old was preparing breakfast in her kitchen and her neighbor came and told her that there is a fire in the opposite factory. She did not delay and went straight to her terrace only to find out that people were shouting from the window for help.

She tried to throw her saree towards them but the workers were very scared to hold it and come out. At max, she could catch a sight of a bamboo ladder that she kept between her building terrace the burning factory. Her prudence and presence of mind could save lives of 20 people. Four other including two minor lost their lives in the fire.

There was a gap of 15 feet between the two-story building and the factory and what Jyoti has done is a sign of immense courage and humanity. Her neighbor Dharmendra too reached the terrace and helped Jyoti to evacuate those ill-fated workers.

By the time the son of the factory owner arrived, the lives were already saved. Later it was found out that the factory is illegal and there are many more such factories in Sultanpuri.