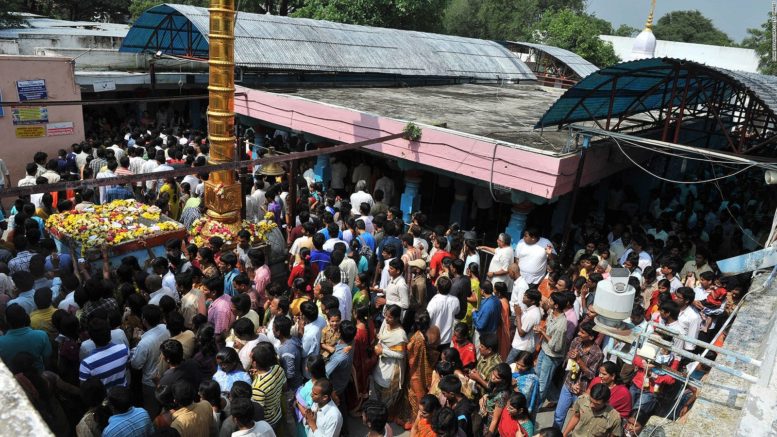 At one end the whole nation is shocked by the money looted at the Punjab National Bank and on the other end, a few priests in the Chilkur Balaji Temple are conducting a special Pooja called ‘Chakra Baja Madala Archana’ in the Ranga Reddy District of Hyderabad. This special Pooja is conducted to save the country from the threat of money.

The head priests of the temple Dr. Sundararajan and CS Gopala Krishna told that such invocation would help us to get back the money looted by the defaulters no matter how handsome the amount is. One of the priests also said that India is under a shock as some frauds tried to loot the hard-earned money of innocent public.

At the Chilkur Temple, many devotees were found enchanting “Runa Vimochana Nrusimha Stotram” that is a special chant to invoke the Lion God.

The priests also urged the devotees to chant this to bring back the failed banking system.

India is a spiritual country and spirituality is a backbone of the country. Indians trust God and keep faith in them in all the conditions and this special Pooja is another proof of the faith of Indians.