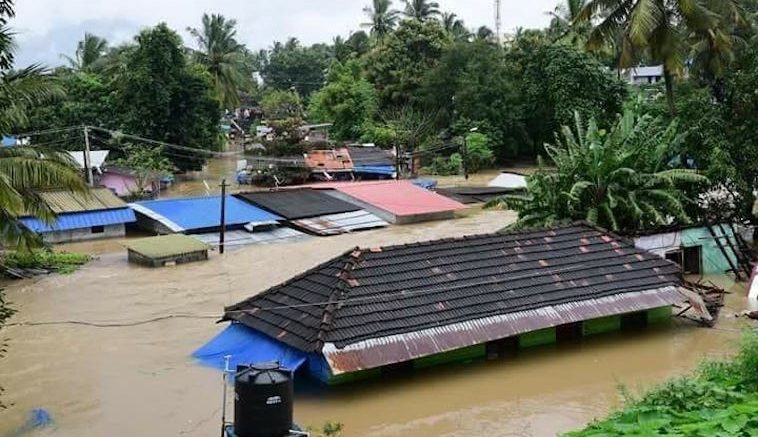 Due to heavy down pouring in the state of Kerala, the southern districts of the state are on an orange alert, especially Kollam and Thiruvananthapuram. The Indian Meteorological department has issued a red alert in most of the cities of the state such as Kozhikode, Kannur, Kasargode, Malappuram, Palakkad, Ernakulum and Idukki.

1200 families have been evacuated from the downstream areas after the water of the Mullaperiyar dam was released while the water release of the Idukki dam has been raised to 1000 cusecs. On Tuesday alone, 17 houses were destroyed in the Devikulam Taluk in the Idukki district while 23 houses were partially damaged.

The flow of water is going to increase in the Alappuzha district but the situation here is less worrisome compared to Ernakulum and Thrissur. The Idukki dam was releasing 7.50 lakh litres of water every second and this caused worry amidst the authorities. There will more water from the Periyar River and will lead to flood in the parts of Ernakulum and Thrissur districts. The Cochin International Airport too suspended all its flight operations until August 18 due to the increase in the water level and opening of the dam shutters in the Periyar River.

The town of Munnar is also flooded due to the opening of the Mattuppetty dam shutters. The houses are submerged and the life of the locals has gone haywire. The situation is turning worse and the authorities are clueless for the next step to be taken.

Be the first to comment on "Rain Continues To Haunt Kerala, Red Alert Issued In Major Districts"