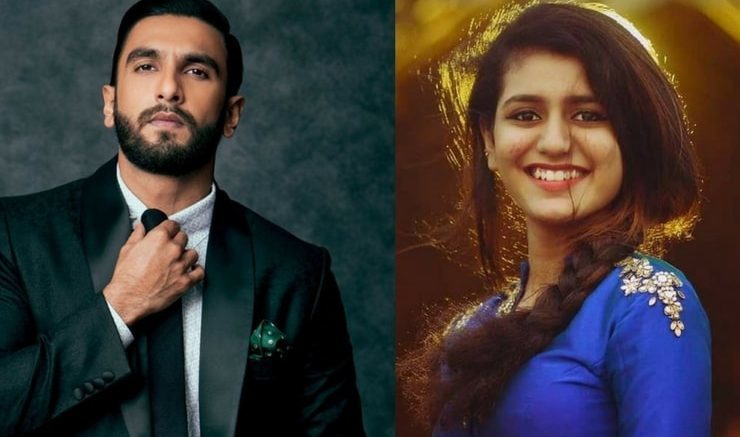 Rohit Shetty’s movies strike gold and this is assured with the box office. Now with Ranveer Singh giving his best act as Alauddin Khilji in Padmaavat of Sanjay Leela Bhansali, he has won the critics and masses hearts alike. Now, it is touted that this combo will be together in Simmba, an action film.

Most actresses would be ready to get such a film, but a Deccan Chronicle report states that a newbie Priya Prakash Varrier, an 18 –year old, a fan of Ranveer Singh has shown great interest in several interviews about working with him.

Priya Prakash Varrier made her debut in a Malayalam movie with her charming smile and wink in a song that she became a household name. She suddenly took to fame in hours that outside her door filmmakers were seen queuing up. Karan Johan is the co-producer of Simmba is also keen have her on the film.

In the Malayalam movie Priya did not have a big role, but with the eye wink, overnight she became the craze of the entertainment industry. Now, Simmba will have it hitting on 21 December the screens with Ranveer Singh as the cop. Priya is ready to make her debut with the Malayalam film ‘Oru Adaar Love’, in the direction of Omar Lulu.  Priya aces her expression as she is a trained Mohiniyattam dancer.

The best part is Bollywood is interested in having Priya equipped in the cinema arena and what best than the great Karan Johar’s cinema world.