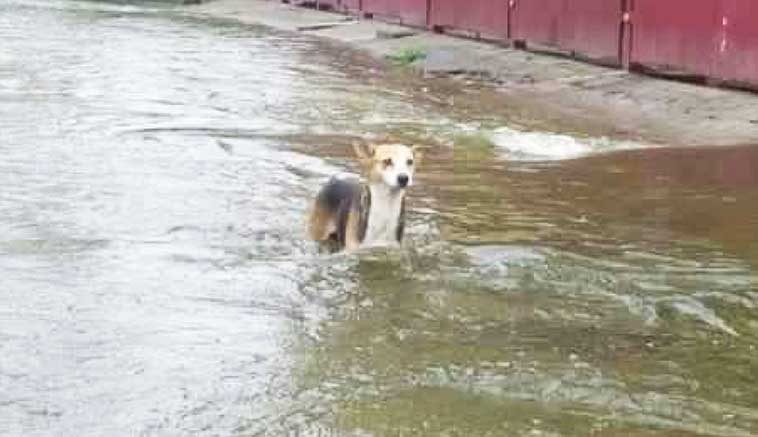 Kerala: Whenever there is a danger, the four-legged pet is always ready as a firm shield against our families. This must remind you of the brave Gulgul, the royal Indie, who saved his family by disarming the robbers by putting his own life at risk. Well, there is another story of a canine that saved his family from a fatal landslide in Kerala. The story is quite heart-warming. We know that the heavy pouring has led to floods in many parts of the country and the same has wreaked havoc to the lives of many.

The story comes from the Idduki district’s Kanjikuzhy village where Mohanan P and his family were fast asleep in their abode. At around 3PM, their dog started barking and the whole family was awakened out of shock. Earlier the man ignored it but Rocky, the dog started howling in an unusual voice and hearing this sound, Mohanan thought something was weird with him and he rushed out of his house.

The Canines are quick, sharp and they can sense danger much before us. This quality gives them the power to give off warning signs or distress signals. There are a number of heroic incidents of canines around the world.

Be the first to comment on "Kerala Rain: Pet Dog Saves The Family From A Fatal Landslide"