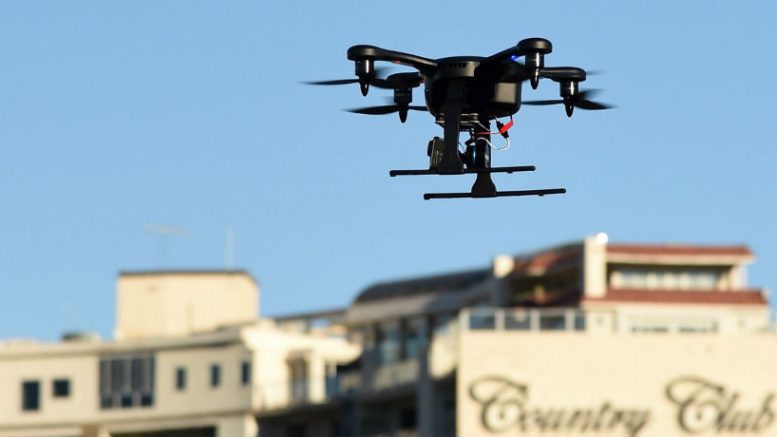 CHANDIGARH: It is 2018 and the world is moving towards drone-based delivery. While some of the biggest tech companies are testing with their drones for the delivery purpose, heroin smugglers are busy to succeed in their task. Yes, the smugglers from Pakistan were seen airdropping the contraband into the villages. Such a scenario was seen along the Punjab border which was quite nasty and detrimental.

According to the different sources, the Intelligence Wing told that the smugglers were using a drone around the borders of a village Gurdaspur. Here, the drone was carrying a plastic bag which had the harmful nicotine substances. The drone was flying at the height of around 200 meters which surely had to accomplish the Pakistani’s mission.

However, when the drone was detected, it took a reverse direction and followed the route straight to Pakistan. In this case, the package was not delivered but this thing was enough to alert the BSF Authorities. This latest operation from drones is surely a warning sign for people all over India. And, it must be stopped as early as possible.

On the basis of the Intelligence Agencies, the main area for heroin smuggling is in Amritsar, Ferozepur, Gurdaspur, and Abohar. In the year 2017, the BSF seized around 270 kg of heroin along with other narcotic substances.

Overall, such a thing is an alarm to the police forces all over India. If taken care, off at the right time, Pakistan will never dare to do such types of illegal activities in future, inevitably.