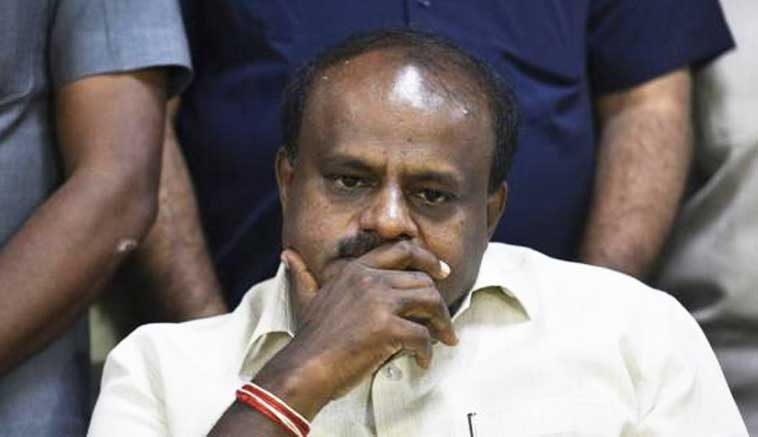 Politics gives us fickle instances of emotional outbursts and this was no different. Recently, Karnataka Chief Minister H.D. Kumaraswamy broke down in front of his fellow supporters while addressing the felicitation ceremony organized by his own party members. Teary-eyed and emotional, Kumaraswamy stated that he hasn’t won the mandate of the Karnataka elections by the majority. He only knows what he is going through.

The Congress supporters downplayed this and wholeheartedly supported their CM. As per the JD (S) Secretary General and party spokesperson, Mr. Danish Ali stated that it was just a moment of emotional outburst. The party members are all happy with the way things have turned out and there are no instances of cracks between the JD(S) and the Congress.  The Deputy Chief Minister of Karnataka and Congress Leader G. Parameshwara was of the opinion that this is the part and parcel of being in the Government. He should be definitely happy being the Chief Minister, he was quoted. How he cannot be, if he is happy, we all will be happy, he added. Senior Congress leader Mr. Mallikarjun Kharge was quoted as saying, “He will face a lot of problems. Simply expressing your views would resonate a false message to the people of your state. The Chief Minister should be determined and courageous.”

BJP, however, downplayed this as a farce by the Chief Minister dubbing him as the “legendary actor” and he has shown that mettle on many instances. As per the BJP tweet, “& the best acting award goes to.” As per the opposition, Kumaraswamy was portrayed as a talented actor who has been exceptional in conning the common man with his acting skills. It remains to be seen as to who wins this fight.

Be the first to comment on "Karnataka Chief Minister Dubbed As “The Legendary Actor” By The BJP, Calls His Outburst A Farce"