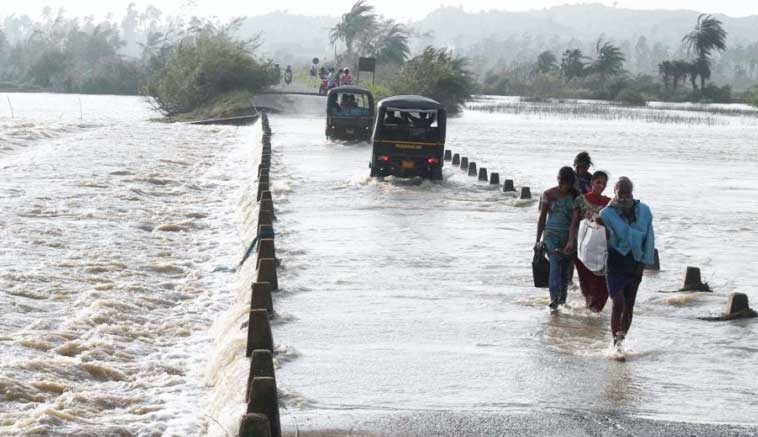 This year rains have created havoc in many parts of India in the monsoon season. There were very heavy rains in Odisha on 16th July which adversely affected the lives of ordinary residents living in the state. More rain is expected in many parts of Odisha over the next 24 to 48 hours according to the Indian Meteorological Department. These heavy rains led to many floods in low lying areas of the state and as rain is going to continue, this situation might get worse and the authorities are looking at disaster relief efforts to work in Odisha.

As mentioned above, many parts of the state have come under a flood like situation. The Special Relief Commissioner has indicated that 12 districts in the state received very heavy rainfall. In major towns and cities like Bhubaneswar, Cuttack, and Puri, the daily life of residents is hit for the worse. Vehicular traffic has been disrupted in the state, and many roads linking key areas, towns, and villages in the state have been washed away or the roads are submerged under water. Water has rushed into homes and farms in some of the villages in the state.

As the rain is likely to continue, relief from the flooding and heavy rains is still some time away. Many rivers in the state are flowing above the danger mark and there is a danger of many rivers spilling onto their banks and causing problems for people living close to the banks of these rivers. This flooding is widespread and has affected lives of people living in cities, small towns and villages in Odisha.