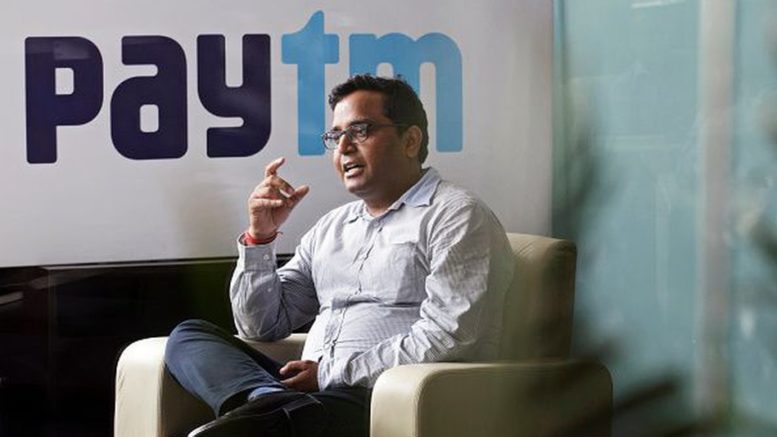 Paytm CEO Vijay Shekhar Sharma in the last few months experienced action-packed and hectic schedule. He observed that is company took to national spotlight and this move was after the demonetization announced by the government.

The CEO noticed that opposition parties attacked its close ties with government. He also noticed the disparaging talks of nationalized banks about Chinese investors and serious talks taking to national debate. Now, all this shows the growth of user base of Paytm reaching to 20 crore users and this means one in six Indians are paytm user.

The bank balance of Sharma reflects to be good that he is the Indian youngest billionaire as listed in 2017 Harun Rich List. Vijay Shekhar Sharma, at 38 is worth $1.5 billion.

The achievement of Sharma is impressive as he is the founder in India. In 2016, Sachin and Binny Bansal, the Flipkart founder made to this list, but did not manage to hold any place this year. They were listed with $1.4 billion each, but with devaluations constantly by investors, Flipkart dropped now. In 2016, Sharma was not seen, but now is the 61st richest Indian.

The list has familiar names such as Mukesh Ambani with $26 billion, followed by Dilip Sanghvi and Pallonji Mistry with $14 billion and $12 billion. Of course, there are very few women names and this includes $1.9 billion of Kiran Mazumdar Shaw and Indu Jain with $3.7 billion as prominent names. The youngest to be on the list is Sharma.

Sharma, born in Aligarh in a family that had no television to a school teacher and homemaker, he did well in school and at 15, joined Delhi College of Engineering. He initiated his company at 21, which was 15 years ago. He walked distances as he could not afford bus charges and says his success had to come a long way. Now Rolex is in his list on hitting $10 billion valuations with Paytm.