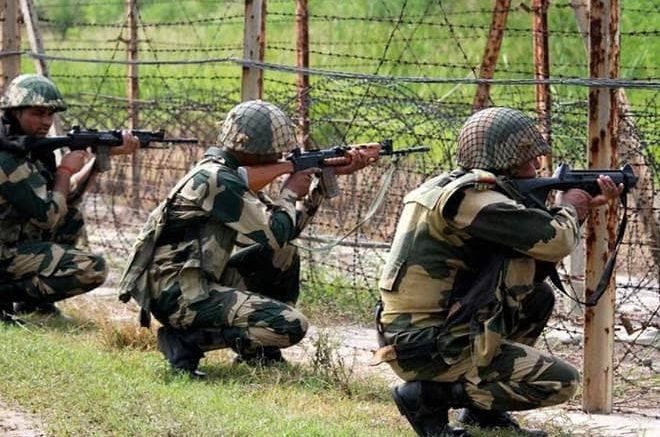 Four civilians and a BSF Jawan were killed along with 12 others injured when the Pakistan rangers shelled villages and the Border out Posts (BoPs) in Jammu today. This is the third day since the Pakistani troops are shelling and firing alongside the IB in Jammu frontier. The affected areas are Bishnah, R S Pura and the Arnia sectors of Jammu and the troops resorted to heavy mortar shelling and firing since 0100 hrs in these areas.

The jawan was 28 year old and was badly injured. He lost his life while he was being taken to the GMC hospital. Sitaram Upadhya, the Jawan, hails from Jharkhand and joined the force in 2011. Further, the following are the details of the unfortunate incident: