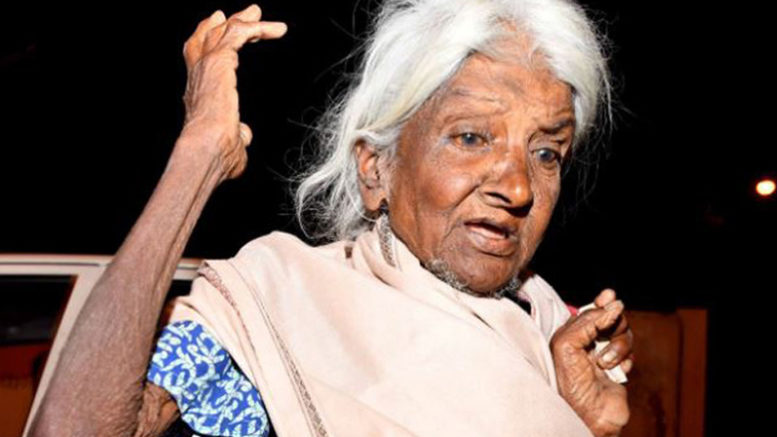 Rumours are always rife that beggars earn more than us and it is proved true when a beggar woman in Mysore donated 2.5 lakhs rupees as a charity fund to the temple where sits every day.

M V Seetha begs in front of the Prasanna Anjaneya Temple in front of the Mysuru Palace. People have been saying that Seetha was born and brought up in a good family but her family cheated her and hence she comes to the temple every day.

Seetha has a brave heart, she believed if she kept the money, the money will be snatched by bad people and hence she decided to donate the whole amount to the renovation activities of the temple which takes her great care. She has expressed her wish to provide prasadam to the devotees of the temple every year at the occasion of Hanuman Jayanti.

Seetha is seen at the temple for nearly a decade and now she has become weak and hence cannot provide any physical help to the temple. She is too obliged to the temple authorities that they take such good care of her and she is too happy.

After coming to know about her contribution, people are more willing to do a generous contribution to her and also people seek her blessings.

Seetha was felicitated by the MLA

During the Ganesh Festival, Seetha donated 30,000 rupees and a few days ago she went to the bank with the temple chairman and donated 2 lakhs. So she has donated more than 2.5 lakhs to the temple.

The chairman of the temple said that Seetha is a benign lady and never demands anything from the visitors. Whatever she gets, she is always satisfied with that and she has never troubled the temple authorities also instead she has always helped the authorities for various tasks.

Hats off to Seetha!!