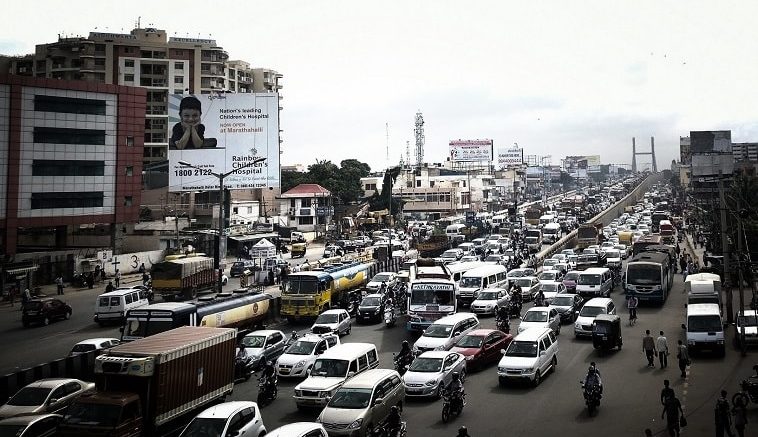 The state government is propelling a ‘Less Traffic Day’ battle from February one year from now to contain air and clamor contamination levels in the city by urging individuals to take open transport, Transport Minister H M Revanna said.

Addressing media people here on Wednesday, the priest said that from February 2018, consistently Sunday of the month individuals ought to abstain from taking out their private vehicles and go by open transport. Notwithstanding, there will be no limitations on operations of taxicabs, auto rickshaws and electric vehicles on those days.

The minister said there has just been a series of meetings between authorities of the vehicle division, the activity police and the contamination control board work force. The city has 71.31 lakh enrolled vehicles, of which 64.36 lakh are exclusive. The quantity of yellow board vehicles in the city remains at 6,95,582, said Minister for Transport H.M. Revanna on Friday. He said the ‘Less activity day’ will de-stuff the city at any rate on one day and prompt more advantageous environment. On Wednesday, Revanna held a meeting with authorities from the Transport, Home, Bangalore Metro Rail Corporation, Karnataka State Pollution Control Board (KSPCB) and different offices to talk about measures to be taken to urge individuals to be a piece of the battle.  “We will try to do everything that is possible, including increasing frequency of Metro trains and deploying more BMTC buses on that day. That apart, we will also look into the possibility of giving some concessions on tickets,’’ he said.

The legislature is quick to transform it into an open development and there is no arrangement to acquire a law to constrain individuals to take open transport amid the crusade, he said. Proofs of evidence booked against pvt vehicles. The Bengaluru Metropolitan Transport Corporation (BMTC) and Regional Transport Office seized 67 private vehicles, including a private transport and a minibus that were unauthorized conveying travelers in as far as possible on Monday and Tuesday, as indicated by a discharge.

Be the first to comment on "Bangalore – From February 2018 NO Pvt. Vehicles Allowed on Second Sunday"