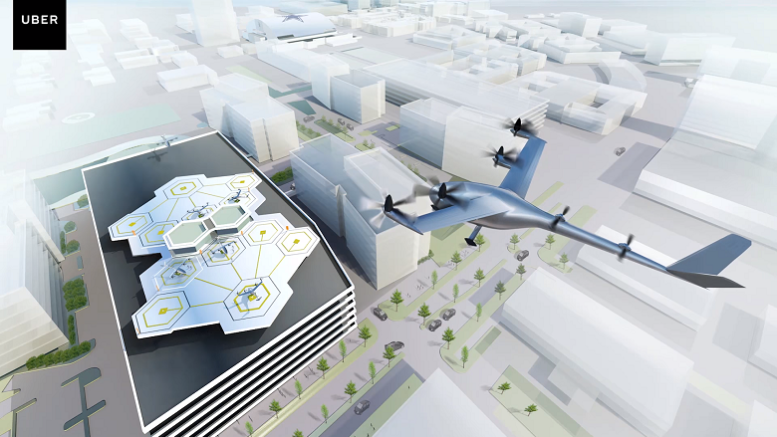 Have you ever got stuck in a huge traffic stranded in the streets for hours? Practically, we hate traffics and the process of waiting, right? Have you ever sat in a car by the window seat and thought to yourself, how would it be if we just don’t have to wait in traffic signals and fly smoothly to our destination? How cool would that be? Look up no more, as Uber has taken the step of introducing air controlled flying taxi software system.

Being announced on 8th November 2017, Uber is partnering with NASA for this huge step in the field of transportation. It would most similarly operate like the usual taxi hailing services in the ground level, only operating in air routes. This is deemed to be the first official formal contracts by NASA covering low altitude airspace works as compared to its previous works based mostly on outer-space. This was put forward in the International Web summit held in Lisbon, by Jeff Holden, Chief product officer of Uber.

It is said that after the ongoing development processes, the first testing of this plan would take off in the year 2020. Drone-like flying cabs are regarded to be used for this purpose and this is considered to be a big leap in the transport services offered to the public. Los Angeles would be the first point of testing this plan with a 200mph flying drone. This service would be name as UberAir. In a recent statement, Uber said that, it is not personally planning to design or make the drones itself. This project development would be outsourced to five manufacturers who mainly specialize and workout with the vertical takeoff and landing aircraft.

4 phases have been developed for this process with the 4th phase gearing up to be started in the year 2019. This would involve testing of the empty drones at highly populated areas. It is notable that the first and second phases have already been completed and approved, while the third phase is yet to be started in the year 2018 at average populated areas.

This entire process would be controlled and administered by the software developed in partnership with NASA. 20 places are being considered for construction of skyports that serve as pick up and drop points for the flying taxi services. Couldn’t wait anymore right?

Be the first to comment on "Here it is. Avail Taxis that can Fly"