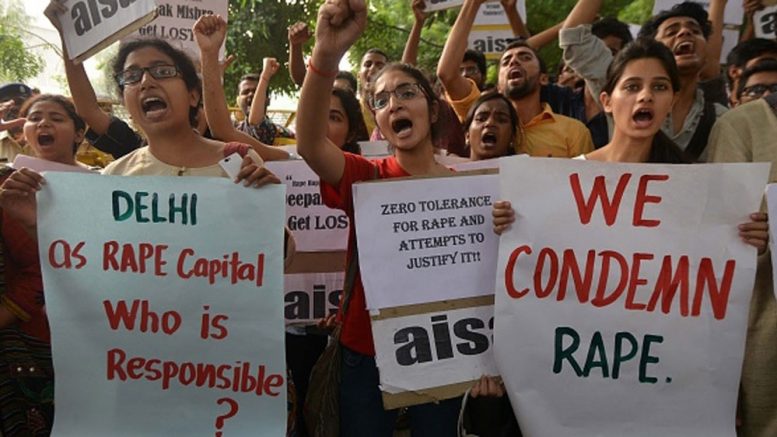 It is been found that in the last three and a half months, almost 5 girls are raped daily in the national capital and this is quite a figure. Looking at this figure, we cannot make out whether we should puke out our rage on our law system or feel pity on it.

Moreover, the police have claimed that in 94% of the cases, the culprit was known to the victim. And this means that girls are not even safe in their familiar surroundings. This year till April 15, some 578-rape cases were reported against 563 in the same period last year. So, it clearly tells us our country is going back instead of moving ahead.

The number of rape cases has plunged to a figure of 2049 in the year 2017 from 2064 in 2016. The statistics report show that the molestation cases were reduced but this still a matter of concern for the authorities.

The figures are quite alarming, we do not what our lawmakers, and the people who practice law everyday do. Our girls are not safe anywhere, neither in their familiar surroundings nor in the unfamiliar ones.

This raises the question again; we are insisting people to respect a female child but activities like this will foster female foeticide again in the country…