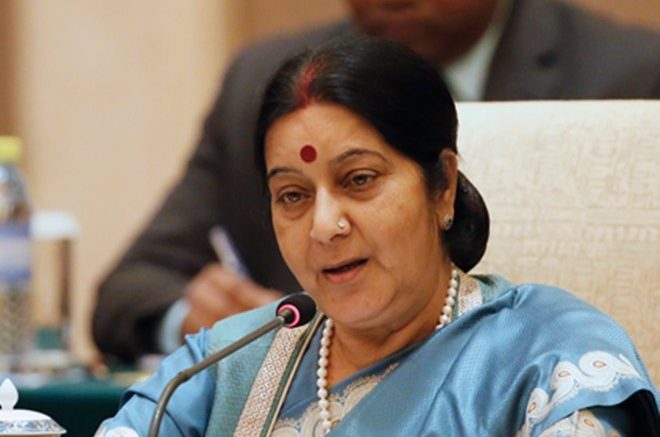 The three Indian and seven Nepalese girls who were hostages to the crime syndicate in Kenya are rescued by the marvellous attempts made by our country officials. Towards an attempt to show compassionate towards the society as a whole, India has once again proved that the country has a soft corner for every individual in the world. The rescue operation was carried out with the help of Indian High Commissioner Suchitra Durai in Kenya.

Home Minister Sushma Swaraj posted a series of tweets showing her happiness for the successful completion of this rescue operation. She tweeted that the girls are flown back and efforts are continuing to snatch the human trafficking syndicate. The girls were sent from their respective countries to Kenya and were kept in Mombasa, a city in Kenya. The ministry will share the details with the Punjab Police so that a case can be filed against the local persons who facilitated this human transfer.

Human trafficking is a severe crime and still it is carried on in many parts of the world. These gangsters do not respect human and make such attempts which ruin the self-respect and identity of the individual. Even when the humans are rescued from the cult of these gangsters, the individual is found in a shattered position where he forgets what he was before. There is a dire need for some strict policies which curb the growth of such activities in the world.