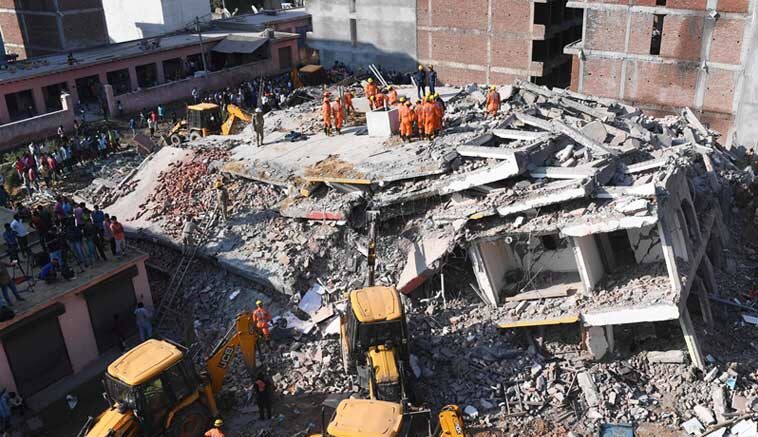 In the meantime, police have arrested the broker Dinesh, Sanjeev and the owner of the building, Ganga Shankar Dubey, in Kotwali Bisakh, in connection with the collapse of the building. The police have registered a case of unintentional murder under section 304 of the arrested accused.

So far, the bodies of 3 labourers have been found and it is expected more bodies will found in the building. It is a building under construction, so there is a possibility of more number of labourers in stranded people. It has been known from the local people that some labourers were living in the building under construction with their families. There can be relief and rescue work for 24 hours.

It seems that there is less hope for someone to escape. Sniffing dogs are very high and they provide quick access to living people, but no such signs are available now.

On the other hand, the locals say that they had informed the administration several times that the construction work was being done illegally here but no action was taken.

Be the first to comment on "2 Buildings Collapsed In Shahibai Of Noida Extension, 3 Killed, Many People Feared To Be Buried"